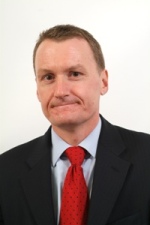 Professor David Ormerod, Criminal Law Commissioner, has been named by The Times as one of the UK’s most influential lawyers for 2012. The Times Law 100 list was put together by a team of 12 judges whose expertise spanned politics, the judiciary, academia, the media and the law. David Ormerod, is Professor of Criminal Law at Queen Mary and editor of Blackstone’s and Smith & Hogan. He is on secondment to the Law Commission until 2015.

Professor Peter Alldridge, Head of the Department of Law at Queen Mary, said: "We are delighted to see this recognition of David Ormerod's distinction. He is renowned for the clarity of his exposition and his ability to identify practicable solutions to the thorniest of problems. The breadth of his expertise is particularly impressive. He is not only pre-eminent in criminal law but also in evidence, a notoriously fast moving and complex subject."

See the Law Top 100 on The Times website (subscription required).