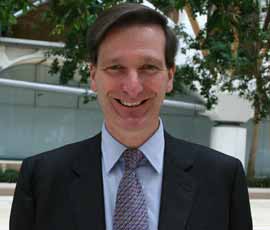 The Attorney General was guest speaker at the fifth birthday celebrations of the Legal Advice Centre (LAC) at Queen Mary, University of London on Thursday 10 November 2011.

“The Centre has had such a successful five years and it was an honour for the Attorney General to celebrate with us,” said Julie. “There is still so much for us to do and achieve but we’re excited at the prospect of taking the Centre forward in new and innovative ways.”

In his speech on the night, the Attorney General talked about the heritage and future of pro bono work. While pro bono work had been undertaken by the Bar, Law Society and solicitors since the nineteenth century, it was, he explained, only in the last 15-20 years that efforts had been channelled nationally.

“If you calculate that an average lawyer’s time is £55 per hour, the return on investment for pro bono work undertaken each year is £518m per annum,” he noted.

Addressing the current cohort of student volunteers, the Attorney General said: “I hope you enjoy the pro bono work you do. It’s a great way to really start to master and apply the law."

The Attorney General praised what LAC manager Julie Pinborough had achieved in the course of five years. “Making a civilised society in this country depends on this kind of activity, so well done. I hope the project goes from strength to strength, and if I am still in office, to come back and celebrate your tenth birthday.”

Educated at Westminster school and Magdalen College Oxford where he took a degree in Modern History. He was called to the Bar in 1980 and practiced as a Barrister before entering Parliament.

Since his election in 1997 Dominic has played a key role in the formulation of Home Affairs and Justice policies.

In opposition, he spearheaded the Conservative Party’s efforts in challenging the erosion of Civil Liberties and, as Shadow Secretary of State for Justice, led work on a possible Bill of Rights to replace the Human Rights Act.

He was at the forefront of the former Labour government’s first defeat in the House of Commons over 90-day detention without charge.

Read the original article on the Queen Mary Media Centre.