Listen to a podcast of 'Confessions of a Judicial Activist' (mp3 approx 60 minutes). Choose 'playback' to play video, slides and audio

The School of Law at Queen Mary, University of London and the British Institute of Human Rights hosted the launch of the Human Rights Collegium (HRC), a collaborative initiative focused on providing scholarly expertise, research and teaching on human rights. The inaugural HRC lecture was given by Justice Albie Sachs, author, activist and retired judge on the Constitutional Court of South Africa. The event was chaired by Geraldine Van Bueren, Professor of International Human Rights Law, Queen Mary, University of London and Co-Director of the HRC. 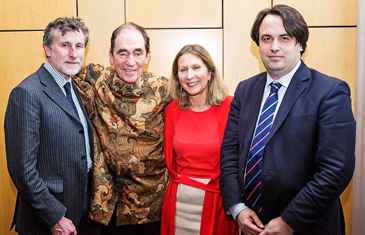 Justice Sachs’ career in human rights activism started at the age of seventeen, when as a second year law student at the University of Cape Town, he took part in the Defiance of Unjust Laws Campaign. Three years later he attended the Congress of the People at Kliptown where the Freedom Charter was adopted. He started practice as an advocate at the Cape Bar aged 21. The bulk of his work involved defending people charged under racist statutes and repressive security laws. Many faced a death sentence. He himself was raided by the security police, subjected to banning orders restricting his movement and eventually placed in solitary confinement without trial for two prolonged spells of detention.

In 1966 he went into exile. After spending eleven years studying and teaching law in England he worked for a further eleven years in Mozambique as a law professor and legal researcher. In 1988 he was blown up by a bomb placed in his car in Maputo by South African security agents, losing an arm and the sight of an eye.

During the 1980s - working closely with Oliver Tambo, leader of the ANC in exile - he helped draft the organisation’s Code of Conduct, as well as its statutes. After recovering from the bomb he devoted himself full-time to preparations for a new democratic Constitution for South Africa. In 1990 he returned home and as a member of the Constitutional Committee, and the National Executive of the ANC, took an active part in the negotiations which led to South Africa becoming a constitutional democracy. After the first democratic election in 1994 he was appointed by President Nelson Mandela to serve on the newly established Constitutional Court. 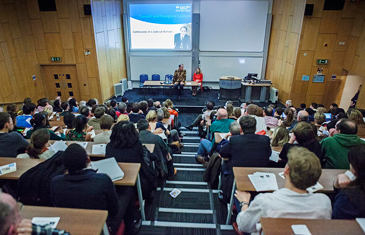 In addition to Sachs’ work on the Constitutional Court, he has travelled to many countries sharing South African experience in healing divided societies. He has also been engaged in the sphere of art and architecture, and played an active role in the development of the Constitutional Court building and its art collection on the site of the Old Fort Prison in Johannesburg.