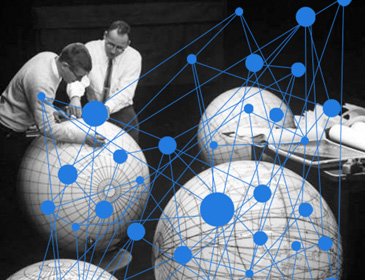 Hosted by the Centre for Law and Society in a Global Context, School of Law, Queen Mary University of London

View photos of this event on Flickr: QM School of Law.

Contemporary jurisprudence – and legal scholarship and legal education more generally – is currently under serious challenge from the emergence of arguably new legal phenomena at the non-state or transnational level. This challenge is both substantive and methodological. Substantively, legal scholars are being confronted with, and asked to explain, phenomena which cannot easily be explained by theories which put the sovereign state at the centre. Such phenomena include internet regulation and the new lex mercatoria. New jurisprudential problems are also raised by the growth of transnational communities, which bring with them a variety of different legal traditions and understandings. Methodologically, in this context, traditional conceptual analysis is arguably ever more in need of being informed by empirical analysis – for the old concepts, and their universalistic tendencies, are being criticised as inadequate.

One concept that calls for revision in the transnational context is authority. Considering how that concept, juristically and normatively, is being challenged by the transnational context is the focus of the seminar. Questions are being raised as to whether authority is better conceived of as capable of being shared, or held in degrees, or continuously negotiated amongst a group of communities or institutions. Questions are also raised about what kind of authority exists at the transnational level, and what it should be called – is it ‘legal’ or ‘regulalatory’? Further, it is being hotly debated whether authority so re-conceived is normatively desirable.

A number of scholars have argued that the reality at the transnational level is that communities or institutions have (legal or regulatory) authority in degrees; moreover, their sharing it, or negotiating it, with other communities or institutions, is perhaps a condition of their having it at all. This qualification of (legal or regulatory) authority in the transnational context, which we may call, following Roger Cotterrell, ‘relative authority’, demands serious analysis. In particular, it is imperative that jurisprudes and legal scholars consider how to assess the quality of relations between normative communities and institutions of relative authority: does such quality require, for instance, certain unfamiliar techniques of legal reasoning? Should the design of institutions change given the emphasis on communication and interaction between them? What are the limits that can be placed – and who could place them – on the claims to authority made by normative communities?

It is the aim of this seminar to engage in such questions, focusing on juristic and normative issues surrounding the concept of authority in the transnational context, but drawing on multiple methods and perspectives. In doing so, the seminar hopes to usher in a jurisprudence for the transnational age. More precisely, the sub-themes for the seminar will include:

4.15pm-6.30pm: Session III: Authority from the Perspective of Pluralism

3.45pm-6pm: Session VI: The Privatisation of Authority and the International Economy

Those interested in attending should book online via the Queen Mary e-shop.

Participants may also register for the optional conference dinner. Details are available during registration on the Queen Mary e-shop page.