2016 - 'Islands of Law, Seas of Humanity: Law in a Postnational World' by Professor Eve Darian-Smith

Islands of Law, Seas of Humanity: Law in a Postnational World

This talk engages with the current challenges to western legal authority and legitimacy. Against the backdrop of global inequality and mass movements of people fleeing war, disasters and discrimination, I reflect upon the endurance of state legal systems that can no longer pretend to remain independent from each other or provide adequate responses to interconnected transnational problems. Drawing on what I call a global sociolegal perspective, I suggest that the future of nation-states will depend upon embracing rather than denying the complex interlegalities characterizing our current postnational era. 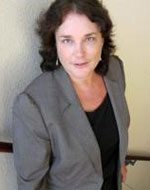 Eve Darian-Smith is Professor and Chair in Global Studies at the University of California, Santa Barbara and an Adjunct Professor at RegNet, Australian National University. Trained as a lawyer, historian and anthropologist, she is interested in issues of postcolonialism, legal pluralism, and sociolegal theory. She has published widely including ten books and edited volumes, and her research has been supported by five National Science Foundation grants and numerous other awards. Her first book Bridging Divides: The Channel Tunnel and English Legal Identity in the New Europe (2009) won the Law & Society Association Herbert Jacob Book Prize. Her most recent book Laws and Societies in Global Contexts (2013) won the International Book Award in law. She is on various editorial boards including the Canadian Journal of Law and Society and Social & Legal Studies, and she is a former Associate Editor of American Ethnologist and Law & Society Review. She has recently been elected for the third time to the Law & Society Association Board of Trustees and is a member of its executive committee.