The School of History engages with the media, museums, policy makers, think tanks and the public to ensure that our research has impact and effect on culture, politics and society.

Our approach to historical research has long encompassed activities that create impact and public engagement. We sustain our commitment to working beyond the academic world to influence public debates, understanding and policy. In these activities, we are supported at QMUL by the Faculty of Humanities and Social Sciences and the Centre for Public Engagement.

Our research strategy seeks to encourage and achieve excellent research. We see research impact and public engagement as integral to our overall activities, and we use our research to collaborate with external bodies, reach broad audiences, and have impact in specific areas of life.

To promote impact and engagement, our doctoral and post-doctoral researchers, and all historians in the School, receive training in research cooperation with individuals and institutions outside of universities.

Our collaborations are forged through funded doctoral research and the work of our Research Centres. We have fostered connections with libraries, museums and government departments through seven AHRC Collaborative Doctoral Awards. Our partners are the British Library, the Foreign, Commonwealth and Development Office, the Museum of the Home (formerly, the Geffrye Museum), the Imperial War Museums, the Institut Français, the Museum of London, the National Maritime Museum and the V&A.

Our Research Centres have engaged with life beyond academia. Prominent among them have been the Centre for the History of the Emotions, the Leo Baeck Institute, the Mile End Institute (MEI, formerly the Mile End Group), and the Raphael Samuel Centre, all of which have dynamic programmes of events and media and social media profiles. For example, from the Centre for the History of the Emotions: the ‘Living with Feeling’ project has engaged with charities, the NHS and schools; ‘Pathologies of Solitude’ has held public events and produced podcasts; as has ‘The Emotions Lab’. The MEI has held a range of very well attended public events on matters of public and political significance, which are also available online. The Leo Baeck Institute has continued to promote German-Jewish history through annual public events. And the Raphael Samuel History Centre has become a hub for interaction between historians and activists, with regular events – History Acts – that respond to current debates. Also, the online publicly available resources of the School’s History of Biomedicine Research Group (2010-2017) remain the most significant repository of interdisciplinary witness testimony on this subject.

We have a long tradition of writing research-based books for a broad public audience. Recent high-profile books sustain this practice, such as Thomas Asbridge’s The Greatest Knight, Colin Jones’s Versailles, Daniel Lee’s The SS Officer’s Armchair, and the Oxford University Press Very Short Introductions on Science and Religion by Thomas Dixon, The Middle Ages by Miri Rubin and Machiavelli by Quentin Skinner. Many of the books written by Queen Mary historians have also had reach beyond English-reading publics and, since 2014, have been translated into 11 languages.

Our research interests have also led us to work with archives and museums in the UK and abroad. Thomas Asbridge has collaborated with curators at the National Archives, the Lincoln Collection Museum and Lincoln Castle, and the Morgan Library, New York; Kate Lowe has co-curated an exhibition at the Museu Nacional de Arte Antiga in Lisbon and Museu Nacional de Soares dos Reis in Porto; and Daniel Todman has advised the Imperial War Museum on its displays and exhibitions.

We are prominent in the representation and discussion of the past on mainstream radio and television programmes. Our historians have written and presented major BBC television histories, such as Thomas Asbridge on the Crusades and William Marshal, and Amanda Vickery on women and art, and women and politics. They have also contributed to radio broadcasting, such as Thomas Dixon’s 15-episode history of friendship on Radio 4. Our film historian, Mark Glancy, was the consultant for the documentary film Becoming Cary Grant (d. Mark Kidel, 2017).

Our historians regularly offer media comment on issues of contemporary public interest, particularly on matters of conflict, culture, empire, politics, social movements and society. We are particularly prominent in the transfer our research expertise into the worlds of politics and public policy. Lord Peter Hennessy continues to advise government, the armed services, the Civil Service, and Parliament on constitutional matters as well as regularly making contributions to public understanding on radio and television. Martyn Frampton has authored leading studies on extremism and counter-terrorism for a major think tank, and Robert Saunders has written prominent journalism and media commentary on British democracy and politics.

We welcome public audiences to our School through four annual public lectures (the Hennessy Lecture in Modern British History; the Annual Lecture in the History of the Emotions; the Annual Philip Ogden Lecture at our partner institution in Paris ULIP; and the Rubinstein Lecture in the History of Political Thought). Additionally, we hold two biennial public lectures: the Eric Foner Lecture in American History, and the Biennial Leo Baeck Institute Lecture. Annual lectures are made available through the School’s YouTube channel and our Centres’ websites.

Examples of our public engagement and research impact 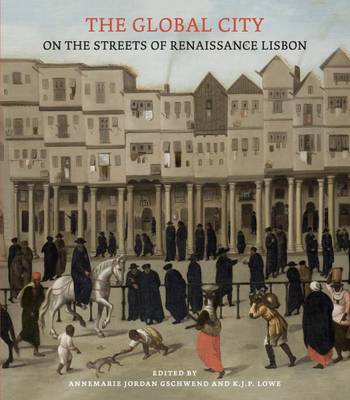 Kate Lowe’s long career as an historian of Renaissance Europe has led her to collaborate with many major international libraries and museums. Her recent research on contacts between Italy and Portugal as two of the most important Renaissance states, and on the history of Black Africans in Renaissance Europe, produced a historic find in art history. This was the discovery of a sixteenth-century painting of a late Renaissance street thought to have been part of the art collection of Dante Gabriel Rossetti. With her collaborator, Annemarie Jordan Gschwend, Lowe identified the painting as an illustration of the Rua Nova dos Mercadores, a vibrant street of Renaissance Lisbon. Lowe used her research expertise, and this painting, as the basis of a major and very successful museum exhibition, The Global City. Lisbon in the Renaissance, on display at Portugal’s National Museum in 2017. Lowe’s research has transformed the presentation and understanding of Lisbon’s history as a global city in the Renaissance. 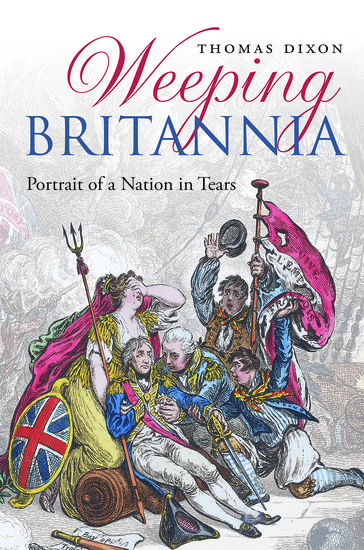 The Centre for the History of the Emotions has continued its mission to deepen and enhance understandings of emotions, health and history by achieving research impact in the contexts of UK schools, work and healthcare. It has done so most recently with the support of the Wellcome Trust for its project ‘Living with Feeling: Emotional Health in History, Philosophy, and Experience’. Two of the project’s researchers, Sarah Chaney and Thomas Dixon, have used their expertise in different areas of society. Chaney has collaborated with the Royal College of Nursing to develop an exhibition at the RCN’s London headquarters. Who Cares? A History of Emotions in Nursing promoted reflections on its theme and also led to the formation of new relationships between the RCN, nursing Chief Executives and care home managers. Dixon has used his reputation as a leading public expert on the history of emotions to raise awareness of how historical representations of them affect contemporary attitudes. He has also worked with a large multi-academy trust in the south of England to create and trial the Developing Emotions programme for Year 3 and Year 5 pupils. It seeks to teach children how to discuss and represent emotions and has been welcomed by teachers. The extension of the programme to more schools is now being discussed. 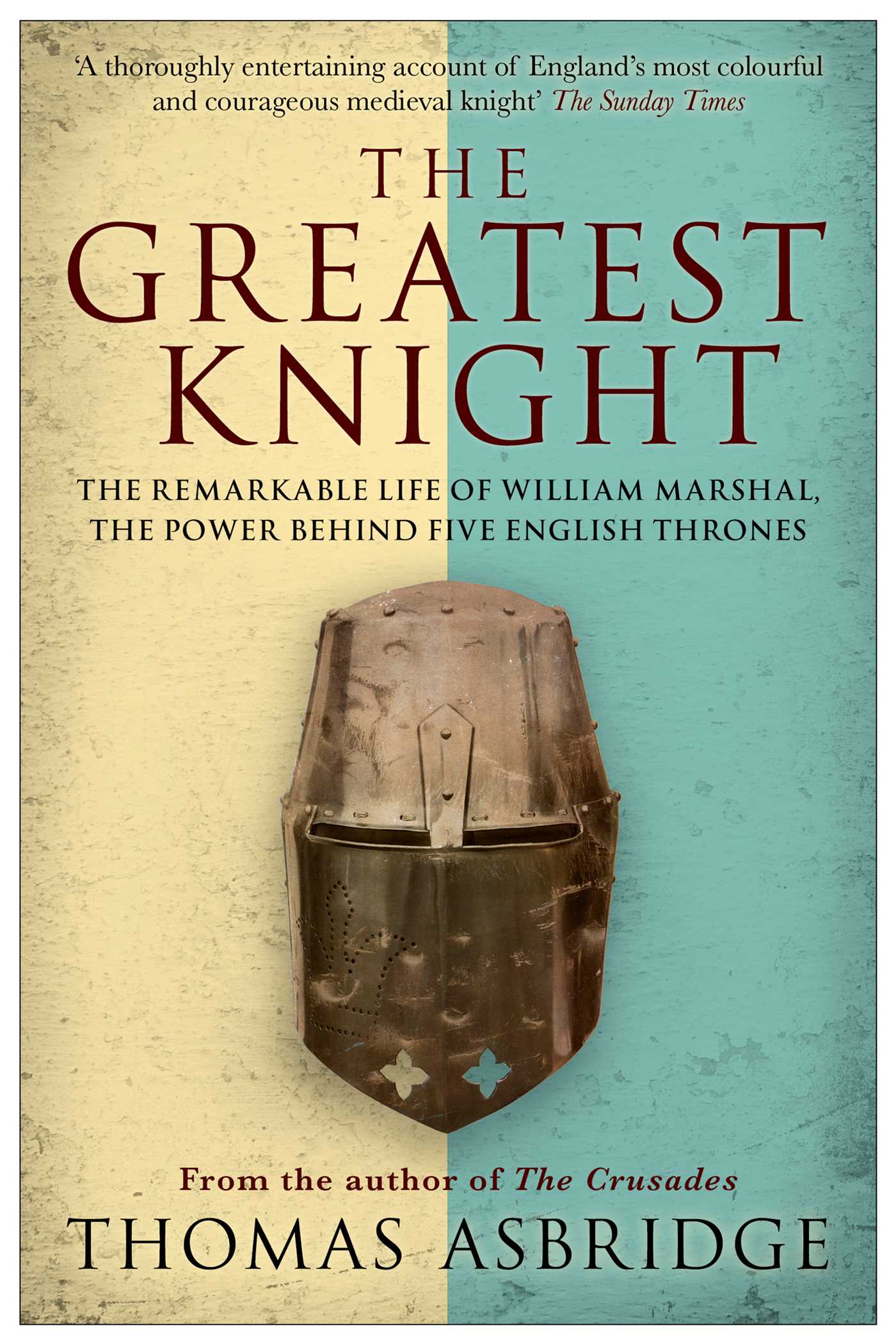 Thomas Asbridge has used his expertise as a historian of the Crusades and the life of the medieval knight and counsellor to kings, William Marshal, to enhance public awareness and understanding of the medieval world. He has created a network of secondary school teachers across the UK to help them use recent academic research on Crusades history to improve the education of GCSE and A-level students. He has also drawn on his books to write and present major BBC television documentaries and advise exhibitions. Asbridge’s research on William Marshal was the inspiration for a very successful exhibition in 2017 held at the Collection Museum in Lincoln and at Lincoln Castle. Battles & Dynasties brought items from national and international libraries and museums (including the Domesday Book, displayed out of London for the first time in modern history). Asbridge advised the curators of the exhibition, which attracted over 80,000 visitors. 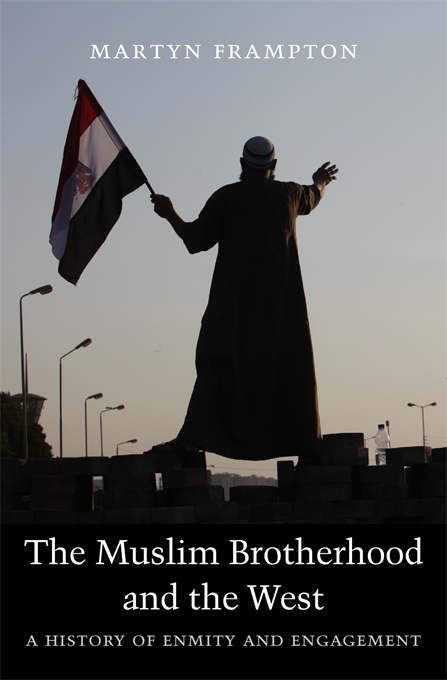 Martyn Frampton’s historical interests in extremism and terrorism and his work with the think tank Policy Exchange has produced three, substantive policy reports on matters of contemporary significance to public life. The first, Unsettled Belonging (2016), was based on the largest commissioned survey of British Muslim opinion on life in the UK. The second, The New Netwar: Countering Extremism Online (2017), provided a comprehensive examination of the challenge posed by online extremism. It too called on significant polling evidence to study radicalisation and how to respond to it. The third, On Islamophobia: The Problem of Definition (2019), considered the concept of Islamophobia to question the apparent pervasiveness of anti-Muslim hatred in Britain and offer recommendations on how to counteract anti-Muslim prejudice. Each report received widespread coverage in the British media and inside and outside of Parliament. Frampton has also given testimony to Parliamentary and Whitehall groups.