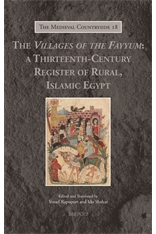 Our School of History is uniquely successful in securing research funding from a variety of sources in support of our research in projects large and small. Our success arises from the great deal of informed effort we invest in the process of conceiving, developing, communicating and amplifying a historian’s original idea. All our projects are conceived as communicating with diverse audiences: first and foremost, our colleagues and peers in humanities scholarship, but also a broader interested public, in particular institutions of state and civil society with whom insight into the human past can be shared in promotion of better understanding. Our research projects often generate support for research assistants, who become integrated into our School, and for activities such as workshops, conferences, or exhibitions.

All applications for research funding are coordinated by our Directors of Research Funding, Dr Jo Cohen and Dr Andrew Mendelsohn. Together with Research Manager, Dr Claire Trenery, she marshals a groups of expert readers who offer comment on drafts of each application, while also directing applicants to a costing exercise conducted by QMUL’s Joint Research Management Office. Applications to European funding schemes are also expertly supported by a dedicated team with expertise in that area.

Workshops are sometimes organised for the discussion and development of ideas for funded research projects. And when schemes require an interview as part of the selection process, colleagues generously participate in ‘mock’ interviews too. Where projects are associated with research centres, much generation of the project occurs in that supportive environment.

The Duchesse d'Elbeuf's Letters to a Friend, 1788-94, funded by the AHRC and led by Professor Colin Jones. This project introduces into discussions and debates a character who could have walked straight out of a Dickens or d'Orczy novel: the dowager duchesse d'Elbeuf (1707-94). A completely unknown set of six notebooks in her hand in the form of letters to a friend, discovered by Colin Jones in the Archives Nationales in Paris, provide a running commentary on France's Revolution from late 1788 through to the violent turmoil of the Terror of 1793-94. The project aims to bring this extraordinary document into scholarly discussion of the Revolution and make it widely known among the general public.

From Protest to Propaganda: A History of Activist Art in Britain, funded by the AHRC and led by Dr Chloe Ward. This project aims to change the paradigm by producing the first definitive account of the origins and history of art activism. When we think of activist movements, often the first thing that comes to mind is an image: the peace sign of the anti-war movement, the raised fist of Black Power, and, more recently, the Guy Fawkes mask of the Occupy Movement. Activists have long recognised the power of images, not only to symbolise their campaigns, but also as tools to facilitate social or political change. By foregrounding art's significance in activist campaigns throughout the nineteenth and early twentieth centuries, this portfolio of research and engagement activities recovers the crucial role of images in British political movements, tracing its transformation from an experimental political strategy into a method so successful that it was ultimately adopted by the very government it had so often been designed to undermine.

Jewish Pimps, Prostitutes and Campaigners in a Transnational German and British Context, 1875-1940, funded by the AHRC and led by Dr Daniel Lee. This research project draws on the expertise of a project group specializing in the study of gender, antisemitism and migration to investigate the phenomenon of Jewish involvement in the sex trade. Through network meetings, training sessions, and public workshops, the project aims to communicate its findings beyond traditional academic circles so that it will, ultimately, have an impact on law and law enforcement, and help reduce vulnerabilities for sex workers and victims of human trafficking.

Living with feeling: emotional health in history, philosophy and experience, funded by the Wellcome Trust and led by Professor Thomas Dixon. This project aims to connect the history and philosophy of medicine and emotions with contemporary science, medical practice, phenomenology and public policy. The project team investigates: the use of passion as medical treatment; the anatomy of anger as a modern emotion; relationships between religious, philosophical and scientific forms of therapy; time-management and de-cluttering as emotional technologies; the rise of the psychologist parent; the roles of imitation, contagion and mirror neurons in emotional health.

Pathologies of solitude, 18th–21st century, funded by the Wellcome Trust and led by Professor Barbara Taylor. Loneliness can cause serious health concerns. This is generally regarded as a recent development but solitariness has long been perceived as a medical risk, especially for mental health. Our current concerns about social isolation and loneliness are framed by this largely neglected history. This project aims to remedy the neglect of this subject by undertaking the first health-related history of Western solitude. Its leading premise is that the development of modern society has involved changes in perceptions of solitude, with a tendency to pathologise and medicalise it.

Tribal identity and Conversion to Islam in Rural Egypt and Syria, 1000 - 1500, funded by the Leverhulme Trust and led by Professor Yossef Rapoport. This research project addresses a central phenomenon of medieval Middle Eastern history: the transformation of a predominantly Christian peasantry into Muslim tribes that claimed Arabian origins. This transformation is commonly explained by continued tribal migrations from the Arabian Peninsula. This project argues, however, that mass conversion of Christian village communities in 12th- and 13th-century Egypt and Syria was followed by adoption of Arabian tribal genealogies. The imagining of tribal identities and nomadic past was linked to the sudden emergence of a corpus of popular, oral epics. This thesis fundamentally challenges prevailing conceptions of Arab history and identity.

Traces of Jewish Memory in Contemporary Tunisia, funded by the British Academy's Sustainable Development Programme and led by Dr Daniel Lee. This project aims to produce new knowledge on the history of the Jews of Tunisia that will stimulate economic growth in the country. The research draws on historical, literary, anthropological and ethnomusicological methods and discussions to uncover Jews’ forgotten contribution to the creation of modern Tunisia.