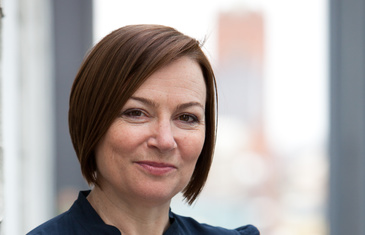 I was born and raised in Preston, Lancashire. Growing up in a matriarchal mill town where wives historically worked out of the house as well as in, fostered my love of social and economic history, and fascination with the warp and woof of work and family, power and emotion. Truth to tell, life in a cotton town also inspired a life-long love of clothes.

I have wide interests in the history of British society and culture, gender and family, words and objects.

I have supervised over 20 Ph.Ds, many of whom have gone on to stellar academic careers. Two are now professors themselves. I have examined countless Ph.Ds for the universities of Aberystwyth, Cambridge, Edinburgh, Essex, London, Newcastle, Nottingham, Oxford, Sheffield, Warwick, York and Turku, Finland.

Other co-presented documentaries include: Pride and Prejudice: Having a Ball (2013), an Optomen production for BBC Two, and Messiah at the Foundling Hospital (2015), Winner of the Czech Crystal award and shortlisted for an EMMY, La Traviata: Love, Death and Divas (2015), Leningrad & the Orchestra that Defied Hitler (2015) and Holst and Vaughn Williams: Making Music English (2018), all Reef Productions for BBC Two. Recent public lectures include the Wiles Lectures (link is external) in 2019 in Belfast and the Lisa Jardine Lecture (link is external) in 2020 in Cambridge.

In 2010, Vickery was Kratter Professor at Stanford, USA. In 2015, Vickery was awarded an Honorary Doctorate, from the University of Uppsala, Sweden. In 2017-18, Vickery held the Eleanor Searle Professorship, California Institute of Technology/Huntington Library, USA. She has recently won a Director’s Fellowship, Folger Library, Washington DC, USA and a Fellowship at the Huntington Library, Ca, USA. She is an intellectual mentor for the University of Helsinki, Finland. Vickery is a regular commentator/reviewer for BBC Radio 4, BBC2, Channel 4, The Guardian, The London Review of Books & the Times Literary Supplement.