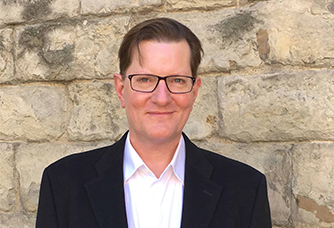 I am originally from New Orleans, Louisiana, and I have lived in Britain for many years. My background has fuelled my interest in transatlantic film perspectives, starting with my first book, When Hollywood Loved Britain (1999), and continuing with Hollywood and the Americanization of Britain (2014). More recently, I completed a research project centred on the life and work of the most transatlantic of film stars, Cary Grant. This resulted in the documentary film Becoming Cary Grant (2017), which was an official selection at the Cannes Film Festival, and in the book Cary Grant, the Making of a Hollywood Legend (2020). My other research interests include the Hollywood studio system, historical films, and cinema-going. I have also written extensively on the films of Alfred Hitchcock, including the book The 39 Steps: A British Film Guide (2003), and I was a co-editor (with James Chapman and Sue Harper) of the collection The New Film History: Sources, Methods, Approaches (2007).

I have written many articles about historical films for the magazines BBC History and History Revealed, and I have appeared in the media in radio programmes such as Archive Hour, Back Row, Free Thinking, and Great Lives.

My latest book, Cary Grant, the Making of a Hollywood Legend (2020), is a biography based on Cary Grant’s own personal papers as well as the production papers of several Hollywood studios, and the city of Bristol Archives. Exploring Grant’s life and career continues my longstanding interest in using archival research to explore and shed new light on the history of films, filmmaking, and cinema-going.

Other research interests include: