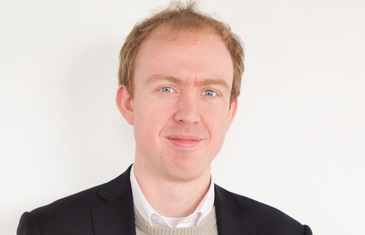 I have four main research areas:

My first book, Democracy and the Vote in British Politics (link is external), explored the making of the second reform act in 1867. My second book, co-edited with Ben Jackson, was a collection of essays called Making Thatcher’s Britain (link is external), published in 2012, while my third, an edited collection called 'Shooting Niagara - and After?' The Second Reform Act and its World (link is external), was published in 2017. My fourth book, Yes to Europe! The 1975 Referendum and Seventies Britain (link is external), won the American Historical Association Morris D. Forkosch Prize in 2019 for the best book in British, Commonwealth and Imperial History since 1485. I have also written articles and book chapters on subjects including Chartism, the Ulster Crisis, women's suffrage, Brexit and the influence of the American Civil War on British politics.

Dr Saunders has featured widely in the media, providing interviews and political analysis on BBC News 24, Channel 4 News, CNN, Sky News, BBC Newsnight, the BBC World Service, BBC Sunday and many other outlets. He has written four cover-stories and many other articles for the New Statesman (link is external), as well as articles for The Economist, The Guardian, History Extra, Foreign Policy and Prospect. He is widely quoted in the media, and was quoted in Parliament during the 2019 Prorogation Debates. Dr Saunders has appeared on the History Hit Podcast, and was an advisor to an on-screen participant in the BBC series "The Victorian Slum" (2016). He also participated in the Oxford Putney Debates in 2020. From 2017 to 2021, Dr Saunders was deputy director and then co-director of the Mile End Institute at Queen Mary University of London, hosting speakers on panels on such issues as "The UK's Constitutional Crisis", "Democracy and Climate Change" and "What does Brexit mean for Black and Asian Britons". Together with Professor Tim Bale, he launched the Mile End Institute podcast in 2020.