The Management Team for the AI for Drug Discovery training programme have day-to-day oversight of the running of the programme. They are an experienced team of academics and industry professionals, in addition to the DERI Institute Manager. The Key Contacts for the programme are outlined below: 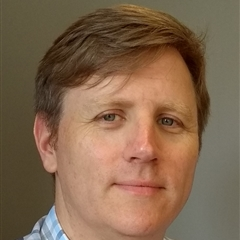 Professor Bessant is the Academic lead for the UKRI/BBSRC AI for Drug Discovery Programme at Queen Mary University London. As the academic lead, Prof. Bessant has oversight of the running of the programme and contributes to its management, and development. Prof. Bessant is a Professor of Bioinformatics at the School of Biological and Behavioural Science, as well as being associated with the Digital Environment Research Institute (DERI). 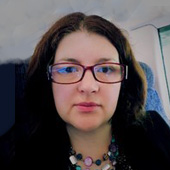 Dr Anna Lobley is based at Exscientia and is the Industrial lead for the UKRI/BBSRC AI for Drug Discovery Programme. Dr Lobley plays a key role in running the programme through her role as Industry lead, and provides industry representation on the relevant management boards. Dr Lobley is the Assoc. Director Biological Data Science at Exscientia. You can discover more about Exscientia on our dedicated webpage.

Professor Michael Barnes is the Chair of the Operational Governance Board for the UKRI/BBSRC AI for Drug Discovery Programme. Through this role, Prof. Barnes has oversight of the running of the programme, monitoring progress, and student statisfaction, ensuring the ongoing success of the training programme. Prof. Barnes is associated with the Digital Environment Research Institute (DERI), and the William Harvey Research Institute, where he is a Professor of Bioinformatics, and the Director of the Centre for Translational Bioinformatics. 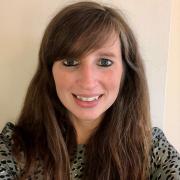 Emma Grant is the Institute Manager for the Digital Environment Research Institute. As part of this role, Emma provides support to the UKRI/BBSRC AI for Drug Discovery programme where, working in conjunction with the programme leads, and Management Boards, she is responsible for leading on, and managing the activities of the Programme. Emma is also the first point of contact for students on the programme.

The AI for Drug Discovery Programme welcomed it’s first cohort of students in October 2022. Find out more about our current students below. 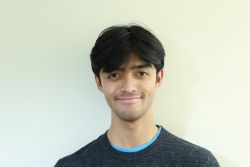 Krishna is a PhD student at the Digital Environment Research Institute (DERI) in the AI in Drug Discovery programme. He is supervised by Professor Damian Smedley at Queen Mary and Dr Anna Lobley at Exscientia. Before joining the programme, he was at the University of Cambridge, from where he holds an MSci. (Hons) in Systems Biology and B.A. (Hons) in Natural Sciences (specialising in Biochemistry).

Krishna has a strong interest in using multidimensional data to build and model complex networks in the human body, to better understand complex disease and identify means to improve quality of life. His project uses multi-omics data from volunteers around the world to build patient-derived networks of age-related diseases (ARDs). These data are linked with volunteers’ medical histories, providing valuable personal insight and data dimensionality. He aims to apply these networks to uncover mechanisms of ARDs, facilitate drug target discovery and patient stratification, and predict ARD development in individuals.

In his free time, Krishna plays tennis for Queen Mary, plays the piano and viola, and practices his photography. He has also recently picked up archery and kendo at the University. 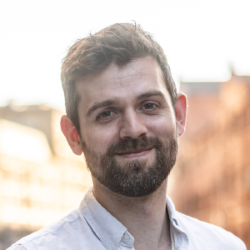 William is a PhD candidate focusing on the detection of druggable features from high-content imaging data using Artificial Intelligence. He has completed Master’s degrees in both Data Science and Bioinformatics and is enthusiastic about applying cutting-edge machine learning approaches to biological data. His prior work includes research in the field of antimicrobial peptide prediction leveraging large-scale language models, and utilizing generative models to create synthetic thyroid histopathology data. 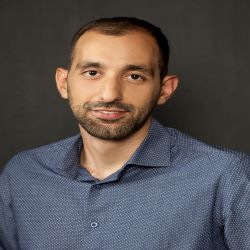 Stylianos has a degree in Pharmacy (Aristotle University of Thessaloniki - Greece) and an MSc in Medicinal Chemistry (University of Copenhagen - Denmark). During his undergraduate studies, he worked on wet-lab projects, but after realising the impact of computational methods in Drug Design, he undertook a Computational Drug Design MSc project. In this project, he worked on the design and discovery of novel ligands for orphan GPCRs by applying related computational methods such as MD simulations and molecular docking.

Stylianos' research interests lie in the Computational Drug Design against GPCRs. GPCRs have a central role in cellular communication which makes them involved in numerous pathological situations. Due to their complexity, the application of computational methods is necessary to study them effectively and eventually target them for reverting pathology. The efficient design of ligands can take place via the integration of chemical, biological, and structural information, which allows for making better decisions during the drug design process.

Recent advancements in GPCRs structural biology have provided an unprecedented number of GPCR structures, thereby revealing details on GPCR structures, based on which structure-based drug design (SBDD) methods can be applied. Additionally, chemogenomics and structural bioinformatics methods as well as drug design-relevant data such as ligand molecular and structural properties can also be harnessed and integrated to effectively design novel ligands. During his AIDD project, Stylianos will work on the development and application of machine learning-augmented structural bioinformatics and chemogenomics methods for guiding SBDD efforts. 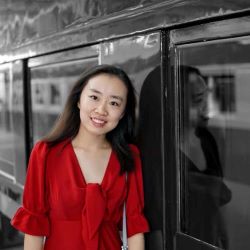 Hi there! I am an Artificial Intelligence and drug discovery intersection Ph.D. student, interested in the application of Natural Language Processing algorithms in the drug discovery process. I am originally from China and got my Bachelor's degree here in Informational and Computation Science (Computing Mathematics). Then, I went to the University of Edinburgh to study High-Performance Computing with Data Science in 2016. After graduation, I went back to China and became an NLP engineer. Till now, I have worked for more than five years and applied NLP algorithms in different business scenarios, such as advertisement, news, and chatbot. In my free time, I like to play with my cat, play pc games or switch and do some sports.

I am so glad to have an opportunity to go back to school and do an interesting project, called next generation text mining in drug discovery. The project aims to extract useful information from natural language format medical documents, such as small molecular and their targets, and use such information to identify and build specific signatures for drug-gene associations, chemical and biological toxicity and even adverse drug effects. 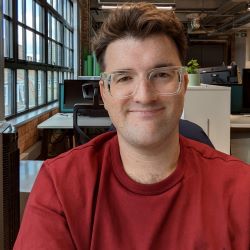 The drug discovery process is costly and time-consuming, while also suffering from high rates of attrition. Failure of drugs to pass stringent clinical trial criteria is often caused by safety concerns or lack of greater efficacy than established therapies. This project seeks to leverage the wealth of publicly available data to discover novel drug targets, while also prioritising those least likely to have off-target effects or lack sufficient efficacy. This will be achieved by combining elements of systems and structural biology with state-of-the-art machine learning techniques. 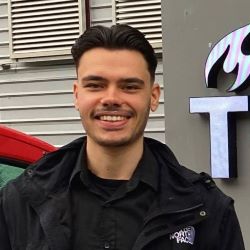 Aaron Wenteler is a PhD student on the AI for Drug Discovery Prorgamme, and also part of the Queen Mary’s Centre for Translational Bioinformatics where he is researching ways to improve drug discovery by leveraging AI. He has previously completed his Bachelor’s and Master’s studies in Nanobiology at the Delft University of Technology in The Netherlands. Here, he was taught to look at biological problems through the lens of an engineer as the Nanobiology study programme was established in order to train researchers that can operate at the intersection between Physics, Computer Science, and Biology. In his current position, he is using AI to extract valuable information from the vast amount of available biological data in order to inform drug discovery.