The study provides valuable input into the debate over the assessment of loss and the use of expert witnesses in arbitration. 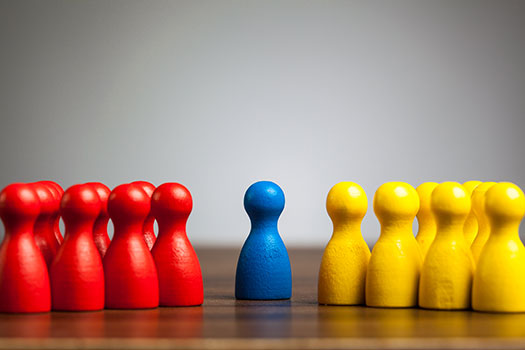 Awarding damages in international arbitration is one of the most challenging and intriguing issues. Tribunals often do not have enough specific knowledge and rely on submissions of disputing parties and expert witnesses. How wide is the gap in assessing loss and damages between claimants and respondents in international arbitration? How much of a difference do damages experts make? What are the most common criticisms levelled by tribunals and how does this influence the amount they award in damages? How gender diverse is the pool of expert witnesses?

These were some of the questions addressed in analysis of 180 International Chamber of Commerce (ICC) Arbitral Tribunal awards, which was carried out by researchers from Queen Mary University of London’s School of International Arbitration. The awards cover a larger number of claims. The PwC-sponsored study provides valuable input into the debate over the assessment of loss and the use of expert witnesses in arbitration. The study of ICC awards was conducted by Dr Cornelis (Jaap) Baaij and a team of CCLS students in Paris and was under the leadership of Professor Loukas Mistelis who was director of the Queen Mary School of International Arbitration until the summer of 2019. Looking at the findings and their implications, the report has highlighted four key points for consideration by parties involved in arbitration proceedings.

Mind the gap: The study highlights a significant gap in the assessment of loss between claimants and respondents. Respondents quantify damages at an average of only 12% of the amount claimed. With parties poles apart, the burden falls on tribunals to navigate a path through the opposing positions. At 53% of the amount claimed, the average amount awarded by tribunals might seem to indicate that tribunals more or less split the difference. Yet behind this average figure is a massive spread, with commercial arbitration tribunals often coming out at either end (0% or 100%).

Tribunal criticism: By far the most common complaint is a lack of evidence, followed by wrong or unconvincing underlying assumptions and speculative claims. The fact these are the top three is unsurprising. What’s more interesting is that these criticisms are levelled in more than half (51%) of cases. And where there is this kind of pushback, awards are much lower on average than when there is not.

Experts arms race: The tipping point, at which claimants are more likely than not to use an expert, is for claims for loss of between $10 million and $25 million. In those cases where the claimant appointed an expert, the analysis shows that the respondent fared significantly better when also appointing an expert.

Lack of diversity in experts as well as tribunals: Only 11% of experts are women. And the lack of gender balance is mirrored in other areas such as ethnicity. Lack of diversity not only reduces the available talent pool: it could also raise questions about the potential for unconscious biases within arbitration.

Ian Clemmence, PwC says "PwC is delighted once again to support research performed by Queen Mary University of London (‘QMUL’), aiming to further debate and research in the field of international arbitration. This study is in an area of particular interest to PwC, examining trends in the award of damages in commercial arbitration. We are privileged that the ICC has provided such access, which we believe makes it the first of its kind in the field of commercial arbitration. We look forward to engaging with the arbitration community in debate around issues."

Professor Loukas Mistelis says “it has been a great pleasure to work again with PwC which sponsored also the 2006, 2008 and 2013 QMUL surveys. This is a study or research report rather than a survey and is based on this unique opportunity to access unpublished ICC awards with a damages section. Given this unique insight we feel that the report provides an unparalleled academic study with significant practical relevance. We expect that it will enhance the understanding of damages issues and be a springboard for further similar studies."