Democracy and dishonesty are no strangers. The Electoral Commission’s report of 17 July 2018, announcing that it has referred Mr David Halsall of Vote Leave and Mr Darren Grimes of the BeLeave campaign to the police for making false spending declarations in the EU referendum is the latest chapter in a longstanding history of elections bedevilled by integrity concerns – fraud, misconduct, irregularities and mistakes – reaching back to 1318, when Matthew de Cranthorn brought a petition before King Edward II and his Council alleging that the sheriff of Devon had made a false return in the county election “against the will of the community”. The petition as a means of regulating disputed elections survives to the present day, and may be remembered by readers as the device which used in 2010 to unseat Labour MP Philip Woolas from the Oldham East and Saddleworth constituency on the basis that he had made false statements of fact relating to the Liberal Democrats candidate Robert Watkins’ personal character or conduct.

Using its powers under the Political Parties, Elections and Referendums Act 2000 (PPPERA), the Electoral Commission conducted a six-month investigation into the spending and campaigning activities of Vote Leave and BeLeave. It found that there was “substantial evidence that the two groups worked to a common plan, did not declare their joint working and did not adhere to the legal spending limits” (Electoral Commission, News release 17 July 2018). Vote Leave was found to have spent nearly £500 000 over the legal limit. In addition, of the spending it did declare, £234 501 had been reported incorrectly and there were no invoices for £12 849.99 of that spending. Mr Grimes had spent more than £675 000 on behalf of BeLeave, which had a spending limit of £10 000. He also declared that spending as his own, in breach of the rules (Report of the Electoral Commission p 7).

Mr Halsall was fined £61 000 and Mr Grimes £20 000 by the Commission. These are the maximum penalties available under PPERA.  The Commission made these findings despite the lack of co-operation from Vote Leave, which, it reported “resisted our investigation from the start, including contesting our right as the statutory regulator to open the investigation. It has refused to cooperate, refused our requests to put forward a representative for interview, and forced us to use our legal powers to compel it to provide evidence.” (Electoral Commission, News release 17 July 2018).

The Electoral Commission’s report is concerning for two reasons. First, the conclusion that the Leave campaign was marked by dishonesty and irregularities in terms of spending and covert co-operation between Leave campaigners, calls into question the integrity of the referendum. Regardless of whether Vote Leave and BeLeave’s activities would have affected the result (something the Electoral Commission makes no finding on), electoral fraud must be taken seriously by democratic societies. Even the possibility, let alone the existence, of dishonest practices undermines social perceptions of the legitimacy and reliability of the result, damaging community cohesion and weakening the state’s ability to act on the verdict. All of these have been seen since the referendum vote was announced, from large scale protests to individual incidents of racism purportedly sanctioned by the vote to leave the EU to the challenge in the Miller case to the way in which article 50 should be triggered. Actual dishonesty may well breach the guarantee of free and fair elections set out in international human rights law.

Secondly, the reported response of Vote Leave to the Commission’s investigation is disturbing. It reflects poorly on a commitment to electoral integrity that all participants in elections should be expected to display. No-one should be above the law or beyond its reach. It indicates a lack of respect for the legal processes established to determine and safeguard the integrity of political processes and the outcomes of public voting.

In the centuries since Matthew de Cranthorn’s petition, those studying electoral integrity have concluded that legal reforms and social change have meant that public votes are no longer undermined by bribery, violence, disregard for the law and other types of misconduct. Recent events suggest this view may have to be revisited. 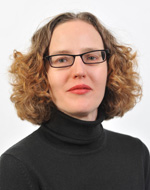 Dr Caroline Morris is a Senior Lecturer in Public Law at Queen Mary University of London. Her research focuses on direct and representative democracy. She sits on the International Advisory Board of the Initiative and Referendum Institute Asia and was a member of the Expert Advisory Group to the Law Commission in its review of electoral legislation.  Her publications include Parliamentary Elections, Representation and the Law (2012), “Referendums in Oceania” in Matt Qvortrup (ed) Referendums Around the World (2014) and “From ‘Arms, Malice and Menacing’ to the Courts: Disputed Elections and the reform of the election petitions system” Legal Studies (2012). With Dr Stuart Wilks-Heeg of the University of Liverpool, she is currently conducting research into the use of election petitions in English parliamentary and local elections between 1910-2007.