Matthew Gream, MSc in Management of Intellectual Property 2002-2004, explains how this programme furthered an unconventional, interesting and inspirational career path, opening up leadership roles at Google/YouTube, and an entrepreneurial journey beyond. https://linkedin.com/in/mgream/ Matthew following his passion for flying

My GMAT score put me in the top 4%, and I was considering an MBA at LSE, Columbia or MIT. My career to now included designing notable microcomputer software as a teenager, gaining a first class Bachelors in Computer Systems Engineering in Sydney, interning as an embedded software engineer, then working as one, initially R&D in Sydney, then here with Cambridge Consultants. I’d also received a prestigious national journalism award for radio and print work on electronic privacy in the midst of my journey through cryptography and computer security. The millennium was two months away, my time in Cambridge had six months to run, and two years of evening classes and weekend trips would soon earn me a Certificate of Higher Education in Art History. I’d travelled every moment I could, and was on track to leave for a six month “grand tour” around Europe, arriving back in London in early 2001, taking my total countries visited to over twenty.

That was already unconventional, and embraced challenge, adventure, diversity and opportunity. I followed my heart, but didn’t ignore my mind. My belief was, and still is, to make the most of where you are now, then leverage it for the next.

With that spirit, I embraced the MSc in Management of Intellectual Property programme at The Queen Mary Intellectual Property Research Institute (QMIPRI), part of The Centre for Commercial Law Studies (CCLS). It was 2002, and I’d settled in London, engineering software again, and was about a year away from marriage. My employer provided me with the flexibility for the part-time programme, which I preferred so that I could continue to earn well to pay the bills and enjoy life. Although I’d contemplated an MBA, I hadn’t really wanted a business path, so this programme struck me as a way to remain somewhat technical, indulge my interest in open and free software licensing, and build a layer onto my engineering education and experience. Its prestige and distinctiveness really appealed to me. But I wasn’t entirely sure where the programme would take me: most other students were from the sciences and aiming for a patent agent route, which didn’t really fit me. 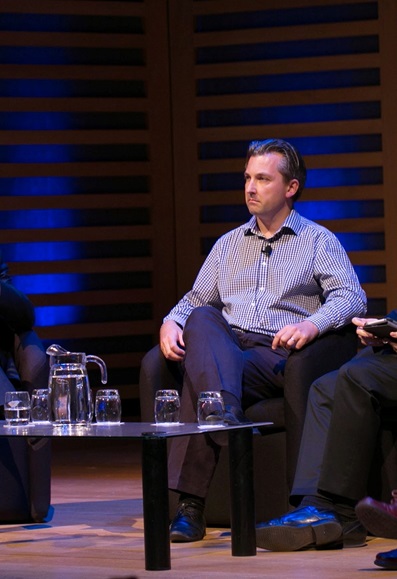 The cohort was relatively small, and the teaching experience was outstanding and intimate. The material was voluminous, challenging and consuming; the books and folders still occupy one of my shelves. Being part-time, I passed campus and student life by, so Charterhouse Square and Mile End were for classes, no more. I have fond memories of cold misty mornings picking up a coffee near Smithfield Market.

My employer closed London engineering in early 2004, so I was redundant with time (and funds) to complete my last exams before looking for, and taking on a new role later that year. The new role didn’t engage my newly acquired skills. I had actively sought out the author of a book on Intellectual Property Rights for Engineers, and she allowed me, at my suggestion, to revise the chapter on Unfair Competition. Life was busy. A child was on the way. Then a property purchase and renovation, starting the day after he was born. Then an Engineering Programme Manager role with a Network Security start-up in 2006, which the MSc’s credibility and skills helped secure but were not needed for. Then the next property and another child on the way. The start-up closed and I found myself looking for a new role. It was mid 2007 and Google wanted a person who was technical with a legal edge. My unusual combination was a perfect fit for that, and for over three years as a Senior Technical Contract Manager I had sole responsibility for reviewing, devising and approving creative legal, technical and policy solutions for all of Google’s strategic partnerships across EMEA: advertising, mobile, apps, video, content (maps, books, etc.) and more. It was immensely interesting and insightful. The MSc was critical to securing that role, but so was the general dynamism of my career. I engaged hundreds of regional and global stakeholders, including lawyers, business developers, product managers, and more, and my credibility and capability bought me a senior promotion and role in YouTube, part of Google, leading a regional team of fifteen, which transformed into heading the regional group with responsibility for another ten. Then a third child, and also began non-profit Director and Treasurer roles, including one for my freehold where I pursued and engaged cases at the First-tier Property Tribunal, plus the County and Magistrates Courts -- enabled by the skills I’d learnt in the MSc.

I left Google in early 2016 after eight and a half years and took a sabbatical. Twenty years of work, including five years in a complex and demanding leadership role, three non-profit leadership roles, three academic qualifications (largely part time), two property renovations, three children, over thirty countries travelled, and more. So I spent just under three years writing a novel, building a personal investment portfolio, seeing my children after school, going on amazing vacations with them, making non-profit contributions, learning to ski, and flying light aircraft. That finished last year, and “I returned” by getting sponsored into Antler’s start-up accelerator. Six months out of that I’m building a tech startup to productise technical hiring, while consulting as a CTO, contributing as the Treasurer of the IEEE for the United Kingdom and Ireland, and networking as much as I can.

The unconventional path worked for me. The MSc fitted my interests and needs, and though I didn’t entirely know where it would take me, I found ways to apply it, and ways to apply it found me; they helped me move onwards and upwards, just as unconventionally until this day. Try following your heart and taking calculated risks; it might work for you too.