Luchmyparsad Aujayeb was appointed Judge of the Supreme Court of Mauritius on 1 September 2020. 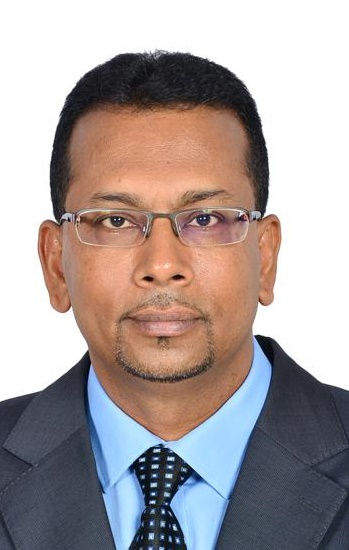 Aujayeb, known as Raaj, is a former Chevening Scholar and has an LLM in International Business Law from Kings College, London. He took two of his modules at CCLS: Regulation of Financial Markets (as it was then titled) with Professor Rosa Lastra; International and Commercial Arbitration with Professor Julian Lew. Two other modules were at King's College.

Prior to studying in London Raaj was called to the Mauritian Bar in December 1995. He worked as State Counsel, Principal State Counsel, Assistant Parliamentary Counsel and most recently as Assistant Solicitor General at the Attorney General’s Office, from 1997 to 2020. He is a former District and Senior District Magistrate (1999-2006) and also worked in the Banking and Financial Services sector (1993-1995) before joining the public sector. Raaj also practised for a short while for an International Law firm in Singapore (Conyers Dill & Pearman) in 2009. He is also a member of the Chartered Institute of Arbitrators, London. He was Director General of the Independent Commission Against Corruption (ICAC) from December 2014 to December 2015.