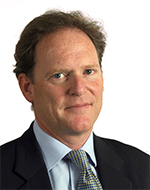 There is no doubt that the coronavirus pandemic will have an effect. The increasing use of renewables is one of the most important measures available to states to combat climate change since it enables them to reduce their greenhouse gas emissions whilst continuing sustainable development. The growth in investment in renewables is beginning to show dividends: as Chris Huhne, former Secretary of State for Energy in the UK, noted in his lecture to the LLM students on 3 April. He explained that in the third quarter of 2018 renewable sources supplied more electricity in the UK than power from fossil fuels. It has become an essential tool in our armoury to tackle climate change.

However, even before the coronavirus pandemic there were already significant concerns about the speed with which countries are responding to the need to reduce their emissions of greenhouse gases. The IEA noted that renewables spending in 2018 had reached $620 billion per annum globally. It anticipates however this expenditure needs to rise to more than double (nearer $ 1.5 trillion) by 2030. At COP26 scheduled for November 2020 in Glasgow, the signatories to the Paris Agreement were to have had their nationally determined contributions scrutinised. We know they are inadequate and as this would inevitably have led to a call for participants to be more ambitious (the commitments thus far do not meet the 2°C target of the Paris Agreement, let alone the more ambitious target of 1.5° centigrade). This should have spurred a surge in investment in renewables. Now COP26 has been postponed the future is uncertain and this creates yet more delay which will damage the renewables market further.

In the short-term the dislocation of supply chains will undoubtedly be a negative factor for the renewables sector. In the medium-term I also think there is likely to be a shortage of available finance, particularly where government subsidy is required. Given all the other demands facing governments to support the unemployed, increase health spending and resurrect ailing industry and businesses, renewables face stiff competition. This impact will be further exacerbated by the oil price war between Russia and Saudi Arabia. As Governments struggle to fashion a recovery there is a very real risk that cash strapped economies will favour cheap fossil fuels over renewables for so long as oil remains cheap: expecting an increase in renewables expenditure is like expecting a smoker to choose to give up smoking when the price of a packet of cigarettes just quartered.

What are the broader implications of COVID-19 for climate change and are there any positives?

It is hard to talk about positives in circumstances where so much misery has occurred and is continuing; for the victims of the pandemic and their loved ones, for those whose businesses have been destroyed and for the workers who have lost their jobs. There do however appear to be some beneficial impacts – how significant they turn out to be will, I suspect depend in part on how long the pandemic lasts. If there are positives I think they are first, that we are all learning to live our lives differently; people are getting used to meeting ‘virtually' rather than face-to-face and this includes across borders: homeworking is no longer eyed with suspicion but rather mandated – for most businesses there is currently no alternative; and people are increasingly shopping online where previously they would have got into their cars. If this holiday from travel weans us off our modern addiction with air travel, particularly business, and reduces our use of cars, then there will be some measure of a silver lining.

Secondly, the economic slump is giving the atmosphere some respite from the daily global dose of greenhouse gases–this is already having a demonstrable impact. If you haven't already done so, you should take a look at NASA's satellite photographs of the concentrations of nitrogen dioxide over China last year and this – they're astonishing.

Thirdly, the economic impact of COVID-19 may offer some potential gains through a shift in economic activity. For some governments there will be an opportunity to both create jobs and at the same time serve the energy transition to a low carbon economy. For example, in the UK one of the least focused upon areas in the battle against climate change is in energy efficiency– Chris Huhne described it as the 'Cinderella at the ball’. The housing stock in the UK (but also in many other parts of the world) is to a large extent old and poorly insulated. A programme to insulate homes better could save energy and create a job rich project for the construction sector.

Finally, there will be tough decisions for governments to make in respect of industry and business in the aftermath of the pandemic: which to revive and which to leave to fail. My hope is that governments will take the opportunity to back businesses which are helpful to the battle against climate change, such as renewables, versus those that perpetuate the problem – such as budget airlines. I know it’s easy to say such things and a good deal harder to be the politician bearing responsibility for these decisions and their consequences ¬– they too carry a human cost.

It is also possible that we will all be more minded to listen to and act upon our scientists’ advice (they predicted a pandemic of this sort some time ago).