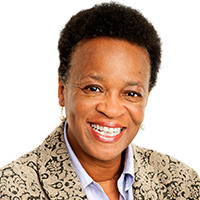 Professor Cornelius’ obtained her PhD (on an MRC scholarship) from the University of Manchester. She worked in the areas of management and organisational development at General Motors Europe and the London Borough of Tower Hamlets before entering higher education. She has acted as a consultant and adviser to a variety of organisations including the Cabinet Office, Home Office, Fire Service College, Kent Police, Sussex Police, Royal Canadian Mounted Police/ Canadian Police College, Prison Service, and many other for- and non-profit organisations.

She has taught on programmes in Canada, France and Germany. More broadly, she has taught on other programmes in many countries, including Singapore, Hong Kong, and Dubai. At Brunel, she was recipient of the Vice-Chancellor’s Award for Teaching Excellence for master’s level team teaching (with Dr. Stephen Smith).

She is a Principal Fellow of the Higher Education Academy in recognition of her efforts relating to doctoral student learning and teaching at the Universities of Bradford,  Lagos and the Eurasian Doctoral Summer School, (hosted at Varna University), in particular.

Equality and social justice issues continue to evolve, yet much of our understanding draws on ‘traditional’ interpretations. I am interested in the fresh challenges, weakly understood, facing the Global North and Global South, including the relationship between government, international companies, non-profits such as NGOs, and their impact on sustainable development  and societal inequalities.

Nelarine Cornelius’ researches with colleagues in Europe and in Canada, Australia, Pakistan, Nigeria and South Africa. She is co-founder of the research centre, Paris Research in Norms, Management and Law (PRIMAL).  PRIMAL is hosted at the Sorbonne, Paris, the members and the remit of the centre is on the relationship between management, philosophy and law. Current projects focus on corporate social responsibility and social accountability, social justice and management, managerial relationships with society and democracy and public management.

*n.b., only articles published after 2000 are listed

(whilst at the School of Business and Management, QMUL)

She is a Fellow and Member of the Fellows College of the British Academy of Management (BAM) and has served twice as a member of BAM Council. She is also a Fellow of the Royal Society of Arts, Chartered Institute of Personnel and Development and Chartered Management Institute, and Associate Fellow of the British Psychological Society She is co-editor of Personnel Review journal.

Invited talks given for the following, 2000- to date