I obtained my Bachelor degree in medicine from Chongqing University of Medical Sciences, China, in 1994. Subsequently, he worked as Teaching Assistant at the Department of Laboratory Medicine, Guangzhou Medical College, and promoted to Lecturer in Clinical Microbiology and Immunology in 1999. In the meantime, I obtained my Master Degree in Medical Immunology and Doctoral Degree (PhD) in Pathology and Pathophysiology in 1999 and 2003, respectively, at Sun Yat-Sen Medical College, Sun Yat-Sen University, Guangzhou, China. I joined Professor Qingbo Xu’s group at St Georges’ (2003-2006) and King’s College London (2006-2009), University of London, UK, working as a postdoctoral research fellow and research associate, where I established novel approaches to successfully induce embryonic stem cell differentiate toward vascular endothelial cells and smooth muscle cells and investigated the therapeutic effects of stem cell-derived vascular cells in the cardiovascular diseases, such as damaged/injured vessels.

Atherosclerosis is the underlying cause of CVDs. Growing evidence indicates that SPCs play a crucial role in the development of atherosclerosis and heart disease. Using various mouse models and human tissue samples, we are studying the contribution of SPCs to the pathogenesis of atherosclerosis, uncovering the novel mechanisms of SPC differentiation into endothelial and smooth muscle cells, and investigating a potential use of stem cell therapy for vascular disease.

CVD is still the number one killer. Accumulating evidence indicates that different proteases such as matrix metalloproteinases (MMPs) and neutrophil elastase (NE) play an important and distinct role in the development of atherosclerotic lesions and atheromatous plaque rupture. However, its functional role and underlying molecular mechanism remain to be explored. Our group have become very focused on the investigating the underlying molecular mechanisms of SPC migration into atherosclerotic lesion and its relevance in the development of vascular diseases. We have recently demonstrated for the first time that MMP8 plays a causal role in atherosclerosis and neointima SMC hyperplasia, and that MMP8 possesses a divergent and regulatory role in SPC migration into atherosclerotic lesions, angiogenesis, and macrophage differentiation/polarisation. Moreover, by using various animal models of cardiovascular diseases, we are exploring if the identified genes/molecules (e.g. miR-34a, miR-22, Nrf3, and hnRNPA1) from our abovementioned stem cell differentiation studies represent a novel therapeutic target for cardiovascular diseases.

Cellular reprogramming of somatic cells into pluripotent stem cells or other somatic cells has opened the new avenues of biomedical research and regenerative medicine. Endothelium dysfunction or damage is a hallmark of the onset of vascular diseases, and cell therapy strategies that aim to rapidly repair and restore vascular function are being increasingly explored as viable therapeutic avenues. Development of fast and robust new methodologies that produce well-characterised, homogenous, clinical-grade cells suitable for tissue repair/re-modelling would have great utility. One of our most recent research projects will be studying if the identified vascular cell differentiation genes from our stem cell studies could directly reprogram other somatic cells into functional vascular ECs and SMCs, and their therapeutic potential in vascular diseases.

Recently, growing evidence has suggested that non-coding RNAs including microRNAs and long non-coding RNAs play crucial roles in embryonic development and various diseases. Thus, we are also interested in the significance of these molecules in stem cell pluripotency and vascular cell specifications, and their application in the prevention of vascular diseases. 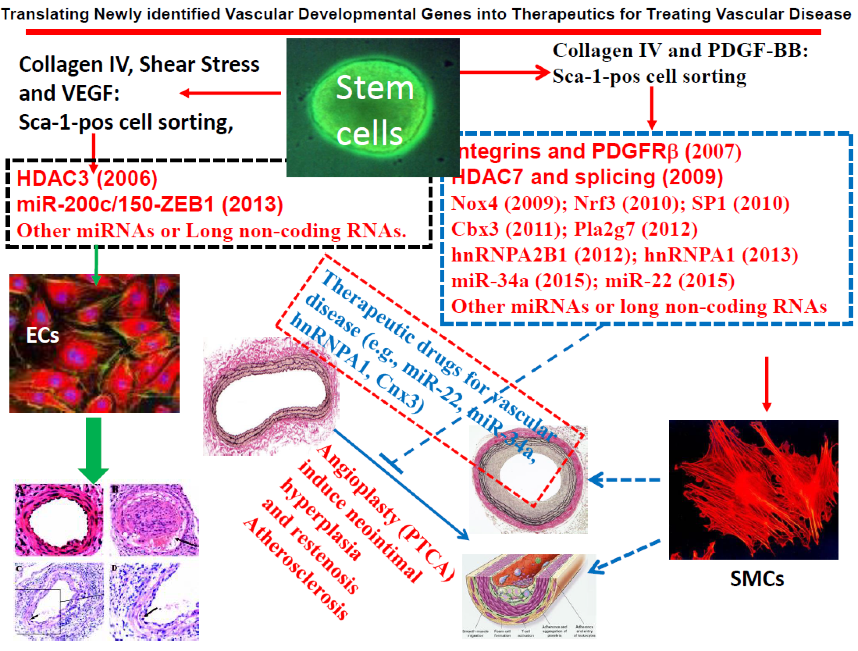 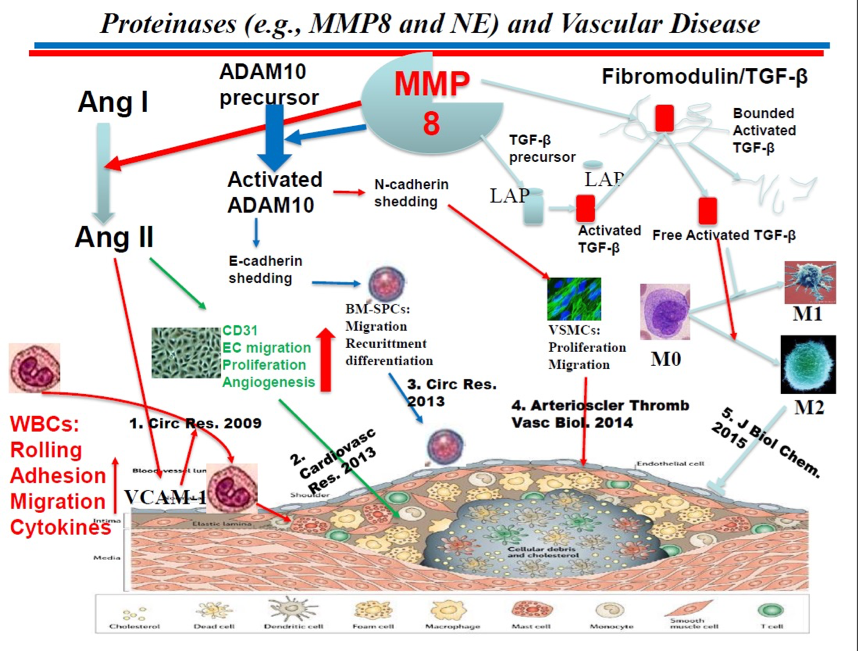