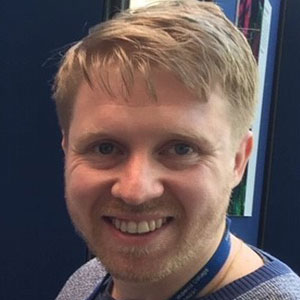 Neil Dufton graduated from the University of Bath with a BSc (Hon) Pharmacology in 2006. He went on to undertake a PhD at the William Harvey Research Institute at Queen Mary University of London (QMUL) with Professors Mauro Perretti and Rod Flower. The project focused on the interaction of the anti-inflammatory protein Annexin 1 with its receptor FPR2/ALX in regulating innate immunology and the resolution of inflammation.

In 2010 he moved to Canada for two years to work with Professor John Wallace at the Farncombe Family Digestive Health Research Institute, McMaster University investigating the role of hydrogen sulfide gas in regulating inflammation. This was followed by a second post-doctoral position at the National Heart and Lung Institute (NHLI) at Imperial College London between 2012-2019 with Prof. Anna Randi. Neil returned to QMUL in 2019 as a Lecturer in Inflammatory Sciences in the Centre for Microvascular Research.

Neil is a passionate science communicator and has developed a number of public engagement activities. He also produces science/microscopy inspired images which have been selected by national competitions including BHF Reflections in Research and Wellcome Trust Image awards as well as being published in Journal of Hepatology and National Geographic.

The adaptability and plasticity of blood vessels, and particularly the cells that line them, termed endothelial cells (EC) are fundamental to both vascular and tissue development, homeostasis and disease pathogenesis. I focus on visualising pathways that result in disease-associated endothelial phenotypes, such as endothelial-to-mesenchymal transition (EndMT), in models of inflammation and fibrosis.