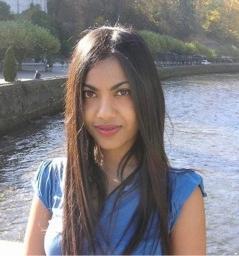 Dr Sadani Cooray graduated from University College London with an MSc in General and Medical Microbiology in 1998 and from the University of Oxford with an MSc by Research in Genetics/Neuroscience in 2001. She worked at the Medical Research Council, Harwell and the Public Health England, Colindale before joining the William Harvey Research Institute in 2003. She was awarded a PhD in Endocrinology in 2006 from QMUL under the guidance of Prof. Adrian Clark. During her PhD she played a major role in establishing the function of the MRAP (Melanocortin Receptor Accessory) Protein, which is encoded by a novel gene that was mutated in patients with Familial Glucocorticoid Deficiency type 2.

In 2006, Dr Cooray was awarded the Outstanding Young Investigator award from the WHRI and was also the recipient of the Wellcome Trust VIP award. She started her MRC funded postdoctoral fellowship with Prof. Clark in 2007 to further the work carried out on the ACTH receptor and MRAP. She was awarded the Outstanding Young Investigator awards at the European Congress for Endocrinology (by Novartis) in Budapest in 2007 and at ENDO in San Diego in 2010. She joined the Centre for Biochemical Pharmacology in 2011 as a Wellcome Trust funded Senior postdoctoral research fellow investigating the anti and proinflammatory properties of the Formyl peptide receptors under the mentorship of Prof. Mauro Perretti and Prof. Rod Flower.

Dr Cooray was promoted to Senior Lecturer in 2016. She was a QMUL nominee for the National Teaching Fellowship Scheme Award 2017. She won the WHRI Excellence in Education Prize in 2016. She became a Reader in 2021.

She is a Senior Fellow of the Higher Education Academy and is a committee member of the BPS UK Educators network and the BPS Education and Training Network.

More recently she was awarded:

Dr Cooray’s Research interests lie in the area of G protein coupled receptors in the context of endocrine function and Inflammation.

Ligand induced Conformational Change of the ALX receptor
The human Formyl Peptide Receptor family (FPR1, FPR2/ALX and FPR3) belongs to the superfamily of class A GPCRs and is responsive to a variety of agonists. FPR2 also called ALX (the lipoxin A4 receptor), conveys the proresolving properties of lipoxin A4 and annexin A1 (AnxA1) and the proinflammatory signals elicited by serum amyloid protein A and cathelicidins, among others. Coimmunoprecipitation and bioluminescence resonance energy transfer assays (BRET) revealed constitutive dimerization of the receptors; significantly, AnxA1, but not serum amyloid protein A, could activate ALX homodimers. A p38/MAPK-activated protein kinase/heat shock protein 27 signaling signature was unveiled after AnxA1 application, leading to generation of IL-10, as measured in vitro (in primary monocytes) and in vivo (after i.p. injection in the mouse). The latter response was absent in mice lacking the ALX ortholog. Using a similar approach, ALX/FPR1 heterodimerization evoked using the panagonist peptide Ac2-26, identified a JNK-mediated proapoptotic path that was confirmed in primary neutrophils. These findings provided a molecular mechanism that accounts for the dual nature of ALX and indicated that agonist binding and dimerization state contribute to the conformational landscape of FPRs.