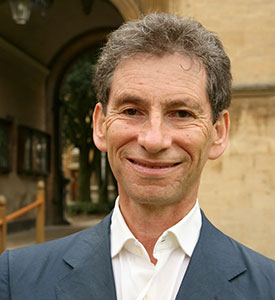 Fellow of the Academy of Medical Sciences, the American Heart Association, the British Pharmacological Society.

My research, laboratory and clinical, has sought to discover causes of hypertension, and to optimise its management either by achieving complete cure, e.g. by removal of a hormone-producing adrenal tumour (phaeochromocytoma, Conn's), or by finding the right drug for the right patient. In 1999, I proposed the AB/CD rule, relating choice of treatment to patient's age and plasma renin. As President of the British Hypertension Society 2005-7 I established a research network that won funding from the British Heart Foundation to conduct a series of clinical trials, the 'PATHWAY' programme establishing optimal treatment for different categories of Hypertension. These have been published in Lancet or American journals. My current research is mainly focussed on the adrenal gland, and the small aldosterone-producing adenomas which are a common cause of hypertension – unrecognised in 99% of cases. We discovered a sub-type of these with hallmark somatic mutations, often presenting with resistant hypertension. There diagnosis has been facilitated by development of a PET CT (using 11C-metomidate) that lights up even the tiniest (4-5 mm) nodules, often in patients whose conventional CT of the adrenals was normal. In an NIHR project, we are comparing our PET CT with the invasive test of adrenal vein sampling, for their accuracy in predicting cure of hypertension by adrenalectomy. In a BHF-funded project, we are evaluating a less invasive alternative to surgery, namely ultrasound guided endoscopic radiofrequency ablation of the adenoma.