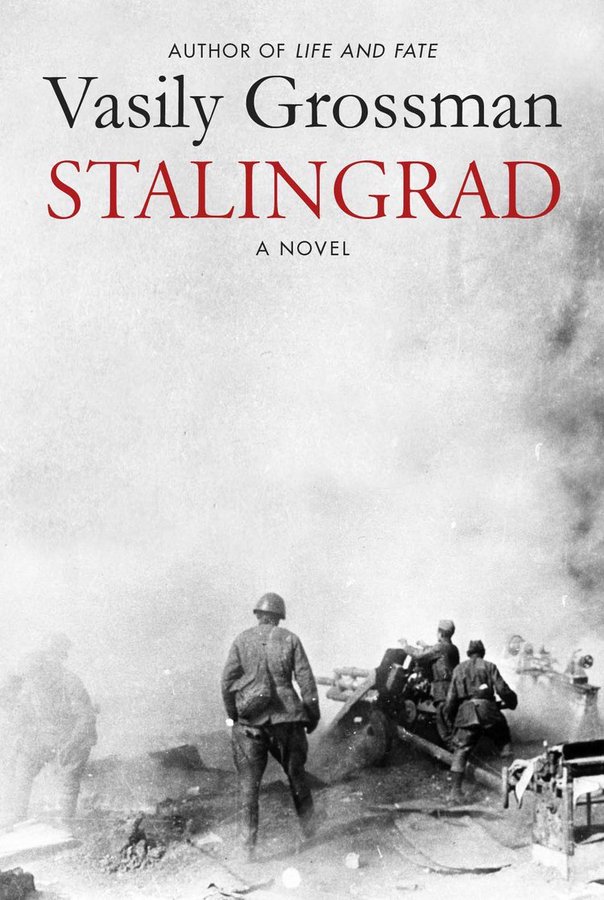 Vasily Grossman’s 1960 novel Life and Fate has been hailed as a 20th century War and Peace. It is, however, only the second half of a dilogy, the first half of which was published in 1952. Grossman wanted to call this earlier work Stalingrad, though it was published under the title For a Just Cause. The characters in the two novels are largely the same and so is the story line; Life and Fate picks up where Stalingrad ends, in late September 1942.

The first novel is at least as remarkable as Life and Fate; the chapters about the Shaposhnikov family are just as tender and witty, and the battle scenes are still more vivid and moving. The one important difference is that in the later novel Grossman writes openly and directly about questions that, in the earlier novel, he can address only in code. After its journal publication in 1952, For a Just Cause was republished with major changes in 1954 and 1956. All three editions differ greatly from the early typescripts.

Comparing the different versions makes for an illuminating — and often surprising — study of the workings of Soviet censorship. One of the most memorable chapters of Life and Fate is the last letter written from a Jewish ghetto by Viktor Shtrum’s mother — a powerful lament for East European Jewry. The words of this letter do not appear in the first novel, yet the letter’s presence makes itself powerfully felt and it is mentioned many times. We learn who carries it across the front line, who passes it on to whom, and how it eventually reaches Viktor. Grossman describes the difficulty Viktor experiences in taking it in and his inability to talk about it even to his family. The absence of the letter itself is eloquent — as if its content is too awful for anyone to take in.

Robert Chandler is a leading literary translator whose translations from Russian include many works by Vasily Grossman and Andrey Platonov. His translations have won prizes in both the UK and the USA. He will talk about translating Stalingrad.