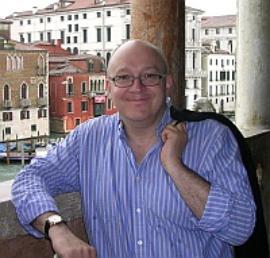 The Annual London Kleist Lecture will be given by Professor Seán Allan (St. Andrews) on "Kleist and Film" on 8th October at 6:30pm in the Arts One Lecture Theatre.

Looking back from the perspective of 1989, the film historian Thomas Elsaesser famously referred to Heinrich von Kleist as ‘the patron saint of the New German Cinema’. Yet the impact of the writer and his work was by no means confined to the post-war period and the generation of 1968. Paul Legband’s silent version of Die Marquise von O (1920), Gustav Ucicky’s UFA-production of Der zerbrochne Krug (1938) and Leni Riefenstahl’s (unrealised) Kleist-project Penthesilea of 1939 serve as reminders of just how far earlier filmmakers were in thrall to the supposedly atavistic character of Kleist’s literary œuvre. By contrast, in the GDR, the DEFA studio’s cautious attempt to rehabilitate the legacy of an author who had been condemned as politically reactionary by Lukács and others underlines just how problematic Kleist’s work could be for those seeking to use it for explicitly ideological purposes. Written during a period of political turbulence, and suspended between the poles of Enlightenment and Romanticism, Kleist’s plays and stories have been exploited by filmmakers in the late twentieth- and early twenty-first centuries as a lens through which to explore the role of violence in bringing about revolutionary change. At the same time, in films such as Hans Neuenfels’s Heinrich Penthesilea von Kleist (1983-88) and Helmer Sanders-Brahms’s Heinrich (1977), the Amazo Penthesilea, has been presented as evidence of what some would see as her creator’s modernity. On closer examination, however, the nexus of gender and violence that we find in these and more recent films suggests that the role of violence in Kleist’s work (and its relationship to the project of enlightenment) is more complex than many filmmakers have been willing to acknowledge.