What International Women's Day means to me - staff perspective

In a very honest and heartfelt interview, our Director of Education, Dr Shabnam Beheshti, talks about the profound and widespread impacts of gender inequality. She talks about her own experiences of gender bias, calls out damaging behaviours in the workplace, and shares some helpful advice for early-career female mathematians. 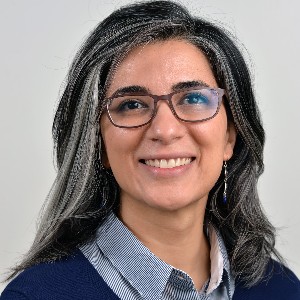 Why do you think it’s important to celebrate International Women’s Day?
International Women’s Day is very much intended to be a celebration of women’s achievements, but my personal involvement is motivated by something more serious.  According to the UN "gender inequality is a major cause and effect of hunger and poverty” and with two-thirds of the ~800 million illiterate people worldwide being women, this will almost surely persist.  The challenges for women go far beyond simply lack of basic education.  736 million women globally—that’s nearly 1 in 3 women – have been subject to physical or sexual violence, and the percentage goes up significantly for low and lower-middle income countries; furthermore, less than 40% seek help of any sort.

For me, these statistics illustrate the gap between the daily realities faced by women and what we are able to accomplish in spite of this.  It makes the achievements showcased on International Women’s Day that much more special.  I hope to empower young people, not just women, but communities worldwide to work toward creating a more equitable society.

During your career, have you experienced gender discrimination?
Absolutely.  Through most of my early career, I had neither the understanding nor the appreciation that professional decisions were being made on my behalf, often based on biased perceptions of both my mathematical abilities and life ambitions.  In retrospect, I think the personality traits which saved me were my optimism coupled with stubbornness.

This year’s IWD theme is Break the Bias. What can we do to achieve this?
I was once told that female Mathematicians break the bias by simply existing and “doing their thing” but this is no longer enough and frankly, I’m not sure it ever was.  In our discipline, I think we would benefit from a more open mind about what kind of person can contribute new mathematical ideas at every level, and breaking the vicious cycle of “good initial conditions” setting the course for a career in academia.  I struggle with this more now that I am sitting on the other side of the interview table.

How can we encourage more women to go into leadership roles?
In the past 5-8 years, the trend of couching women’s leadership in the language and framework of mentorship has had mixed success.  “Not quite yet” is probably one of the least helpful pieces feedback one can give to a person on the cusp of putting themselves forward for a leadership role or having just failed a bid for a leadership role.  Waiting until someone has an irrefutable case before taking them on essentially perpetuates the inequality.  I would like to see senior people advocating for junior women, not simply signposting them to mentorship programmes in the hopes that they will eventually self-nominate.

Did you have any female role models early in your career?
I did not have any female professional role models at University, but my family has no shortage of strong women!  Also, while my PhD supervisor and I came from very different backgrounds, I’d like to think that we share a common philosophy on what kind of mathematician we try to be; his outlook as a well-known African-American mathematician shaped my professional outlook

What advice do you have for young women and girls at the start of their careers?
Let us think of advice like a buffet: feel free to pick and choose from the list below!

If you could go for dinner with 3 women, dead or alive, who would you choose?
My mother and my sister who I haven’t seen in 4 years and my maternal grandmother, who passed away during Covid this year, and whom I hadn’t seen in nearly 20 years before the pandemic.

If you would like to read more about the relationship between gender inequality, hunger, poverty and gender-based physical and sexual violence, please refer to the two links below from UN Women.