Dr Kirsty Duffy and Dr Michèle Levi have been awarded Ernest Rutherford Fellowships from the Science and Technology Facilities Council (STFC) to establish their own innovative research programmes at Queen Mary University of London. 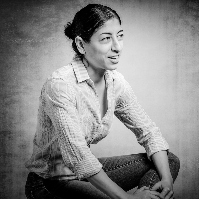 The prestigious fellowships are awarded to early-career researchers with leadership potential in their chosen field. The five-year funding allows talented researchers without an academic position to conduct cutting-edge research that aims to answer some of the most fundamental questions in current science.

Dr Duffy’s project seeks to study elusive particles, known as neutrinos, which could be incredibly important to the make-up of our Universe. As part of the project, Dr Duffy will look to measure different types of neutrino interactions in an experiment called MicroBooNE.

Commenting on the Fellowship, she said: “The STFC Ernest Rutherford Fellowship will allow me to bring my research back to the UK (from Fermilab, just outside Chicago). I’ll build a new research group working on MicroBooNE at Queen Mary and work with other researchers there and across the UK to build a readout system for some of the new DUNE detectors.”

Through her programme, Dr Levi will aim to improve our understanding of gravity, delivering analytical high-precision predictions for the real-world data being collected from a rapidly growing worldwide network of gravitational-wave detectors. Dr Levi said: "The STFC ERF award will enable me to transfer my cutting-edge research to the UK, and make the UK a world-leading force in the timely domain of gravitational waves with the most innovative theoretical approaches to gravity."

On the fellowships, Science Minister Amanda Solloway, said: “In a year which has shown the life-saving importance of science as we tackle COVID-19, we must capitalise on this innovative spirit and equip our most ambitious early-career scientists with the tools they need to become the next generation of leaders in their field.

“From understanding dark matter to exploring the habitability of the Solar System, these inspiring fellows we are backing today will help us to solve crucial unanswered questions about the Universe, all while cementing the UK’s status as a science superpower.”

Dr Levi was also recognised as this year's top fellow, after ranking as number one amongst all applicants in the 2020/21 round.

Investigating the most important particle you’ve never heard of

Neutrinos are found everywhere (about 100,000,000 pass through your thumbnail every second) but as they rarely interact with anything, most of the time we do not notice them at all and they are incredibly difficult to study.

Despite being one of the least-understood types of particle we know, it is thought that neutrinos could be incredibly important to the make-up of our Universe: some theories predict that differences in physics of neutrinos and their antimatter equivalent, antineutrinos, could help explain why the universe is made of matter and not antimatter (or even why it exists at all).

DUNE, the Deep Underground Neutrino Experiment, will study neutrinos and antineutrinos with never-before-seen detail, starting around the end of this decade. One of the big challenges in studying neutrinos is that they are invisible in particle detectors - we can never see neutrinos directly, only the particles produced when a neutrino interacts with an atom in the detector. Dr Duffy’s project aims to understand neutrino interactions with argon nuclei (the atom that will be used in the DUNE detectors) in two ways: first, by directly measuring different types of neutrino interactions in an experiment called MicroBooNE; and second, by designing and building the system that will let us read out data from one of the new DUNE detectors.

Understanding the force of gravity from quantum to cosmological scales

How far and deep can we push precision computation in gravity? And what does it fundamentally tell us about gravity theory and its resolution with the quantum world?

Dr Levi’s programme aims to deliver analytical high-precision predictions for real-world gravitational-wave data, and to develop our fundamental understanding of gravity from the smallest quantum scales to the largest cosmological scales. It will address the high demand for accurate theoretical templates of gravitational waveforms from two merging compact objects, such as black holes. Pushing the precision frontier for gravitational waves is one of the most urgent tasks in theoretical physics today, in light of the increasing influx of data from a rapidly growing worldwide network of gravitational-wave detectors.

Dr Levi will analytically predict gravitational radiation from such compact binaries, and further develop the use of quantum field theory advances to study gravity.