6 inspirational LGBTQ+ mathematicians we think you should know about

We've put together a list of 6 inspirational academics that share a passion for mathematics and LGBTQ+ activism. 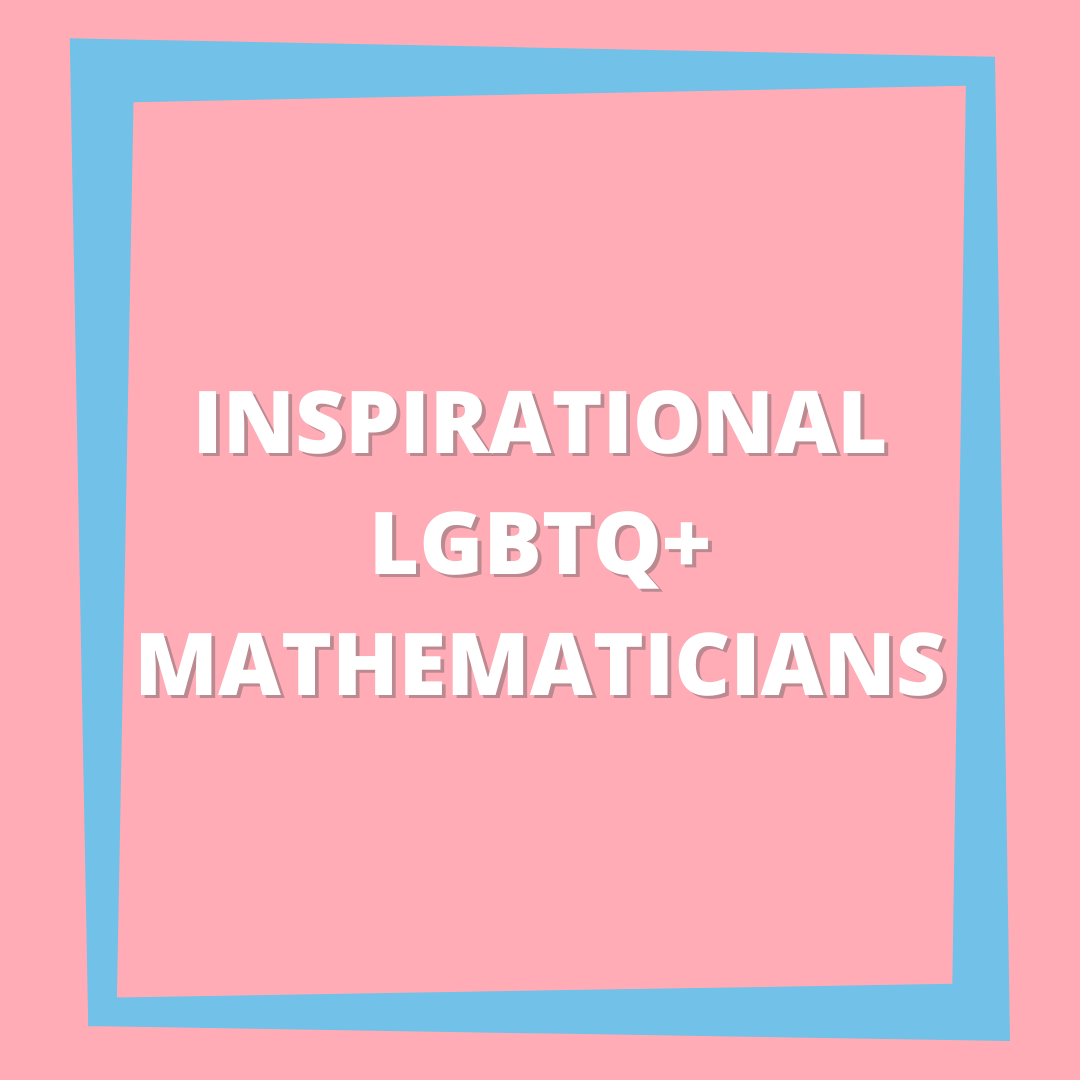 When we talk about LGBTQ+ mathematicians, there might not be many people that come to mind. There’s Alan Turing, of course, and there are theories that maybe Leonardo Da Vinci was gay or that perhaps Florence Nightingale was a lesbian, but no one really knows for sure.

Mathematics, and STEM in general, have typically been thought of as heterosexual, male-dominated fields and there hasn't always been a visible community for gender and sexual minorities. But this is changing! With organisations such as Spectra, 500 Queer Scientists, LGBTQ+ STEM, and Pride in STEM, we are not only seeing a more visible and active community, but the next generation of academics in STEM has a supportive network of role models and mentors.

To celebrate LGBTQ+ History Month, we’ve put together a list of some modern day LGBTQ+ mathematicians we think you should know about.

Ron Buckmire
Originally from Grenada but now living and working in California, Ron Buckmire was named LGBT Educator of the Year in 2011 by Out to Innovate. He is the Associate Dean for Curricular Affairs and Professor of Mathematics at Occidental College in Los Angeles. His research interests lie in applied mathematics, computational aerodynamics and numerical analysis. Ron is passionate about widening participation for historically excluded groups, particularly the LGBTQ+ community and racial and ethnic minorities. Coming out in the late 80s, he became involved in LGBTQ+ activism in the early 90s and was one of the founding members of Spectra, the association for LGBTQ+ Mathematicians.

Autumn Kent
Autumn Kent specialises in topology and geometry and is currently a Professor of Mathematics at the University of Wisconsin. She has published over 20 papers and received a number of awards throughout her career, including a Simons Fellowship in 2019. A pansexual trans woman, Autumn is active in the LGBTQ+ community and in 2019 she organised the LG&TBQ+ conference to foster collaboration between LGBTQ+ mathematicians working in geometry, topology, and dynamical systems.

Emily Riehl
Emily Riehl is an Associate Professor of Mathematics at John Hopkins University in Baltimore, specialising in category theory and homotopy theory. In 2020, she was awarded JHU President's Frontier Award, a $250,000 award that support individuals “who are breaking new ground and poised to become leaders in their field". A graduate from Harvard, Cambridge and the University of Chicago, Emily has held teaching positions in the US, Europe and Australia. As one of the founding board members of Spectra, Emily is an active member of the LGBTQ+ community in mathematics.

Anthony Bonato
Anthony is a Professor in Mathematics at Ryerson University in Toronto. His research is in Graph Theory and Network Science and he has authored over 130 publications. He also writes a great blog called The Intrepid Mathematician, which has over 280,000 views and covers everything from Maths to pop culture to queer issues. Anthony is the chair for LGBTQ+ Math Day at Ryserson and sits on the EDI board for Banff International Research Station.

Tyler Kelly
Tyler is a reader in geometry at the University of Birmingham and is the recipient of a UKRI Future Leaders Fellowship. Their research focuses on algebraic geometry, specialising in its interactions in mathematical physics and mirror symmetry. Tyler works hard to promote the inclusion of the LGBTQ+ community in Mathematics and STEM and is a member the LGBTQ+ STEM's Steering Committee. Tyler is currently working on Spec(Q) scheduled for July 2022, which will be the first conference to celebrate and promote research advances of LGBTQ+ mathematicians specialising in algebraic geometry, arithmetic geometry, commutative algebra, and number theory.

Juliette Bruce
Juliette is an early career mathematician whose research interests lie in algebraic geometry, commutative algebra, and arithmetic geometry. After getting her PhD from University of Wisconsin, Madison, Juliette moved to UC, Berkley to work as a NSF Postdoctoral Fellow. She is passionate about inclusivity, diversity and justice in the mathematics community, and has organised and spoken at a number of conferences and seminars dedicated to celebrating the contributions of gender and sexual minorities to the field of mathematics. She is currently working on Spec(Q) with Tyler Kelly and you can register for the event here.

Below we have included a list of useful resources for LGBTQ+ mathematicians and their allies.

And some general LGBTQ+ resources for Queen Mary staff and students.