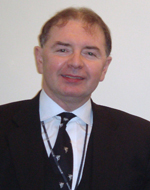 George Walker is the Professor in International Financial Law at the Centre for Commercial Law Studies, Queen Mary University, London. He is a Barrister and Member of the Honourable Society of Inner Temple. He is a Member of the New York Bar and was previously a Solicitor in Scotland and in England & Wales. He has been a Legal Consultant with the International Monetary Fund (IMF), Washington, DC and worked on over 30 country projects.

He was a Major Leverhulme Fellow for 2011-2013 and Visiting Fellow at Wolfson College, Cambridge. He was a Senior Sir John Houblon Montagu Norman Fellow and Visiting Academic at the Bank of England in 2016-2019 and worked in the areas of Digital Money & Currency, Digital Financial Systems & Digital Technologies (FinTech). He was the Robert S Campbell Fellow at Magdalen College, University of Oxford in 2021.

He has published over 420 pieces and authored or co-authored a large of number of books, articles and other papers in the banking and financial law areas including the co-editing of two major Encyclopaedia. He has doctoral degrees from London, Oxford and Cambridge Universities and other professional and academic qualifications.

George's current research is focused on a number of key trends in banking and financial law at the UK, European and international law levels. Current major research proposals are in the areas of UK Financial Regulatory Reform and International Capital Standards.