Female leadership is vital to managing climate change, according to Emma Howard Boyd

The Chair of the Environment Agency spoke at Queen Mary’s Energy & Climate Change Law Institute Annual Clifford Chance Lecture on 21 October, delivering a talk on the role of women in managing climate change. 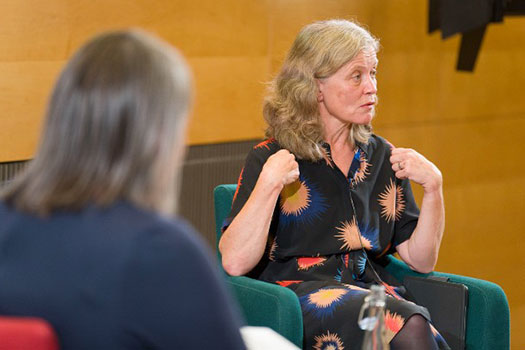 She noted that women are made to shout louder than men to be heard, which is a “game-changing mistake” in an emergency such as the climate crisis.

Howard Boyd drew on an upcoming report, “The Climate Action Gender Gap” - from the 30% Club and the Oliver Wyman Forum, which shows companies how they can get ahead in the race to net zero by actively considering women in three roles:

With women being more likely to worry about climate change and its impact on future generations, having more women in decision-making positions would help to reduce global warming.

In addition to discussing how women are typically marginalised compared to men and how they should be more involved, Howard Boyd reflected on the upcoming COP26 conference and the need for strong regulation. Without this, she remarked, the ambitions of the conference will be held back:

“Well-funded regulators can provide investors with data about which companies are performing well and which aren’t. But, they also need to ensure that crime doesn’t pay.

“I would like to see the courts apply sanctions consistently and proportionately. With the most serious breaches by very large companies attracting sanctions based on a percentage of turnover,” she said.

Howard Boyd also added that “for women’s interests to be appropriately considered in climate change policy responses, they need to be involved in strategic planning and decision-making.”

Those in attendance were reminded of recent remarks made by the UN Secretary General António Guterres, who has called for more women leaders in parliaments, cabinets and board rooms to help shift the balance of power in a male-dominated world.

The lecture was introduced by Clare Burgess, Partner at Clifford Chance and was followed by a facilitated discussion by Claire Perry O'Neill, Managing Director for Climate and Energy at the World Business Council for Sustainable Development.

The Energy & Climate Change Law Institute is a leading postgraduate centre within the School of Law and Centre for Commercial Law Studies at Queen Mary University of London.