The School of Law at Queen Mary University of London is now among the top 50 in the world, according to a highly-regarded analysis of more than 3,400 universities. 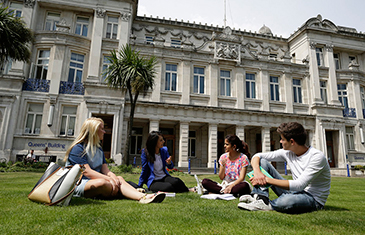 The fifth edition of QS World University Rankings by Subject - published today - found that 19 subject areas at QMUL rank among the world’s best. English, which joined the top 50 in 2014, is this year joined by Law (45) and History (46).

In a joint statement, Professor Spyros Maniatis, Director of the Centre for Commercial Law Studies and Professor Valsamis Mitsilegas, Head of the Department of Law said:

“Our position in the QS table reflects the School’s outstanding international reputation and our sustained commitment and focus on internationalisation both in teaching and in research.

The development of a number of new international and transnational initiatives, such as the launch of a new four-year LLB in English and Chinese Law, the LLM in Paris and Greece and soon in Asia, transnational internship opportunities for our students around the world and our participation in the research network of the Association of Transnational Law Schools are further testimony of our global ambition.”

About the School of Law

The School of Law celebrates its 50th anniversary in 2015 and has as its central focus the role of law and its institutions in contemporary international society. It is formed of two organisational units, the Department of Law and the Centre for Commercial Law Studies.

The School of Law is ranked 3rd in the UK and 1st in London in the Guardian University Guide 2015 subject league tables. In the latest Research Assessment Exercise (REF 2014) the School is ranked ninth in England, based on 86 per cent of research activity classed as world-leading (4* the highest score possible) or internationally excellent (3*).

A member of the Russell Group, we work across the humanities and social sciences, medicine and dentistry, and science and engineering, with inspirational teaching directly informed by our research - in the most recent national assessment of the quality of research, we were placed ninth in the UK (REF 2014).

We also offer something no other university can: a stunning self-contained residential campus in London’s East End. As well as our home at Mile End, we have campuses at Whitechapel, Charterhouse Square and West Smithfield dedicated to the study of medicine, and a base for legal studies at Lincoln’s Inn Fields.

We have a rich history in London with roots in Europe’s first public hospital, St Barts; England’s first medical school, The London; one of the first colleges to provide higher education to women, Westfield College; and the Victorian philanthropic project, the People’s Palace at Mile End.

Today, as well as retaining these close connections to our local community, we are known for our international activities, and have research and teaching partnerships with leading universities around the world. This includes two very successful and long-standing joint partnerships with the Beijing University of Posts and Telecommunications, and Nanchang University.
QMUL has an annual turnover of £350m, a research income worth £100m, and generates employment and output worth £700m to the UK economy each year.