Arbitration Award for top lecture of 2013 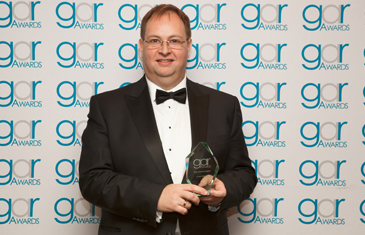 An international commercial law professor at Queen Mary University of London has won best arbitration lecture of 2013, as judged by the industry’s top publication.

Global Arbitration Review (GAR) presented Professor Loukas Mistelis with his accolade during a ceremony held at the George V Hotel, Paris on February 12.

Professor Mistelis is the Clive M Schmitthoff Professor of Transnational Commercial Law and Arbitration and Director of the School of International Arbitration at Queen Mary.

His award-winning lecture, “Is there a Transnational Arbitration?”, was delivered on 23 August 2013 at the National University of Singapore Law School as the 4th Kwa Geok Choo Distinguished Visiting Professor’s Lecture.

The award is in recognition of the lecture’s quality, academic research and relevance for practice.  The decision was made by a combination of public vote and judging panel.

The announcement comes shortly after Professor Mistelis was also selected to join the ICSID panel of arbitrators and concilators, following recent designations by Greece. ICSID, within the World Bank Group, provides institutional and procedural framework for concilation and arbitration of investment disputes arising between member countries and investors that qualify as nationals of other member countries. This is the first time Greece has added three of its nationals to the panel since 1998. The designations took effect in January and will last for six years.