Anton works as a research fellow at the financial crime programme of the Royal United Services Institute (RUSI), a defence think tank in London, focusing on anti-money laundering and counter-terrorist financing regulation. Find out about his studies at CCLS: 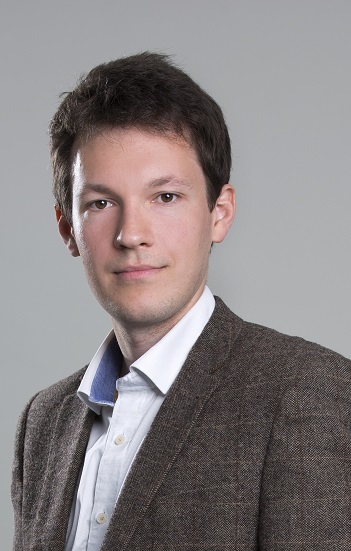 Why did you choose to study at the Centre for Commercial Law Studies?

I did a PhD at Queen Mary’s School of Law between 2014-2017. I had developed a vague interest in the law related to economic crime during my LLM studies at Cambridge, and as I felt there was a dearth of academic research in this area, I came up with an idea of a PhD project. It revolved around the use of immigration sanctions as a means to punish individuals suspected of corruption, which multiple countries now do under so-called ‘Magnitsky’ laws. The plan was to explore an issue that could keep me entertained for three years – spoiler alert: it did! – whilst staying on as a student in London for three years.

This led me to look for a university that might be sufficiently interested in my research to fund it. Queen Mary stood out as it had experts in transnational crime, law of economic crime (a rare bird in London universities!) and immigration law. I applied for a Queen Mary PhD studentship and was fortunate enough to receive it. In a further stroke of luck, I was supervised by Valsamis Mitsilegas and Saskia Hufnagel, who were a genuine ‘dream team’ of supervisors over the three years that followed.

There are many. Spending two weeks in Montreal as part of a programme, the School of Law took part alongside other universities around the world; visiting Beijing twice to take part in the annual Queen-Mary Renmin Transnational Crime conference; co-organising Queen Mary’s postgraduate legal research conference, and so on.

Also, for me being a Queen Mary student is inextricably linked to my experience of moving to London. There are many weird and wonderful things to do here. To name but one example that comes to mind, I remember going to a recreation of an ancient Egyptian religious rite at UCL… (Which goes to show that other London universities also have something to offer!)

As you can tell, I had a good time at Queen Mary and feel a strong affinity with it. I am regularly in touch with my supervisors and some of the friends I made at university. In general, my interactions with Queen Mary staff and graduates have been gratifying. For example, last year I was working on a project at work that required expertise in shipping and I contacted a CCLS academic out of the blue, whom I had only had spoken to once at university. That person could not have been more generous with their time or supportive, which to me is exemplary of what an academic environment should be like.

How did your CCLS experience contribute to your career?

I have received plenty of advice from my supervisors on how to develop my profile, including introductions to people working in related areas. I also found that practitioners invariably treated my thesis seriously and with interest, which no doubt speaks to Queen Mary’s reputation for high-quality legal research. Unsurprisingly, I found my current job during the final year of my PhD studies.

What is your current role and place of work?

I am a research fellow at the financial crime programme of the Royal United Services Institute (RUSI), a defence think tank in London. My work focuses on anti-money laundering and counter-terrorist financing regulation, especially as relates to the proceeds of corruption and the role of new technologies.