Judith Gill QC studied a PGDip in International Commercial Arbitration in 1990. She is recognised as one of the leading practitioners in the field of international arbitration. In 2018 she became a member of Twenty Essex Chambers and now practises solely as an arbitrator. Judith shares her recollections on International Women’s Day. 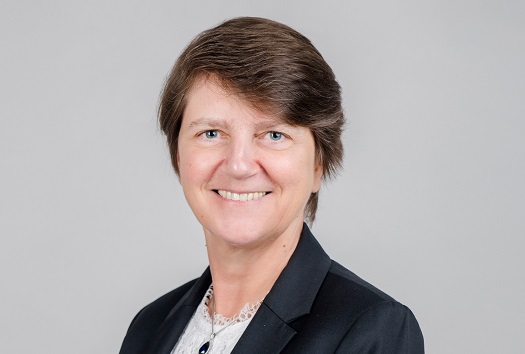 It seems a very long time ago that I studied at Queen Mary and Westfield College. I was a young associate with the law firm Allen & Overy, and in the course of my practice had had the good fortune to be involved in one or two international arbitration cases. The subject really caught my interest. With uncanny timing, it was at that stage in 1988 that Professors Julian Lew and Martin Hunter, each renowned practitioners and academics in the field, instigated a diploma course at Queen Mary in international arbitration. This was the first occasion, at least as far as I can recall, that the study of international arbitration had ever been offered as a subject in its own right as part of an academic curriculum. I leapt at the opportunity to develop a better understanding of the subject and enrolled in the inaugural year.

What had captured my imagination about the practice of arbitration was the potential to exploit the differences from court litigation in order to provide a more tailored and efficient process. There was no White Book with its thousands of pages of small print setting out every aspect of the procedure to be followed, just a relatively short piece of chaotically ordered legislation from 1979 which seemed to afford a good degree of flexibility on the conduct of the arbitration process. Many arbitrations at that time effectively mimicked court procedures, but the potential to take a more adventurous path and exploit the possibilities for more efficient dispute resolution was enticing.

The course provided me with an understanding of arbitration from a macro perspective. As a practitioner I had encountered issues on a case-by-case basis, but was lacking the context and overview of the subject that would enable me to understand properly how and why issues arose. Why was the scope of jurisdiction of arbitrators such a thorny issue? How did the courts’ role differentiate between its supportive and supervisory functions? These and countless other questions were explored, discussed and debated in our lectures, often presided over by guest lecturers who were leading figures in the arbitration world.

This newfound holistic perspective on the practice of international arbitration provided a secure platform from which to develop my career in the field. More than 30 years later, I remain an arbitration practitioner. Most of that time was spent based in London with Allen & Overy although I moved to Singapore with the firm in 2015. In 2018 I became a member of Twenty Essex Chambers and now practise solely as an arbitrator, still based in Singapore.

Whilst now commonplace, in the 1990s it was relatively unusual for a young associate lawyer to focus entirely upon what many still regarded as simply an alternative procedure rather than a practice area in its own right. As arbitration grew in popularity amongst businesses engaged in international commerce, so the challenges evolved. From marrying civil and common law perspectives, to the public international law focus of investment arbitration, to modernising institutional rules to meet users’ needs. I was privileged to play a role in these developments, including during my term as President of the LCIA. Throughout the years so many of the core issues we studied in the late 1980s remained relevant and indeed are at the heart of modern arbitration. I am very grateful to have had the benefit of such early academic study of the subject.