Ben studied Commercial & Corporate Law LLM, which he completed in 2011. Currently he is working as President & General Counsel in the US and Americas division of 360 Law Group, Ltd. Find out more about his experience: 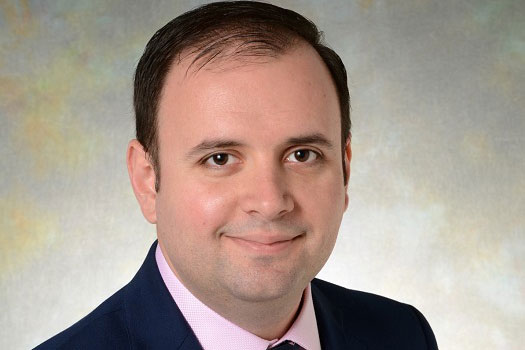 Why did you choose to study at CCLS?

I chose CCLS for several reasons. Firstly, during law school in the US, I spent a semester on a study abroad program at UCL. One of my professors there (who became a mentor and good friend), was the then Co-Director of the LLM program at CCLS. She encouraged me to apply. Secondly, the excellent reputation of QM in general and CCLS specifically was a big factor (especially since, at that time, QMUL's law department was ranked as #3 in the UK). Cost was another major factor even as an international student. I discovered that I could receive a top-notch LLM from a world class university and field the expense of a year living in London for substantially less than the cost of an LLM from almost every law school in the US (from fourth-tier schools to the Ivy League).  Finally, given my desire to pursue an international legal career, I wanted an LLM program with international focus options and a large cohort of international students.

The bonds I formed with fellow students from all over the world and, along with that, my participation in a small group of LLM students from QM, UCL, Kings and LSE who organized monthly social outings for LLM students from those law faculties. Additionally, all of my professors and the staff I encountered at CCLS were so friendly - I still remember many of them.

It's an honor to be part of a vast global reach of accomplished alumni, many of whom are doing amazing work in their respective fields in nearly every country on earth. Being a part of the community means I share something in common with these highly-qualified leaders (or future leaders), have access to resources many professionals would envy and have the opportunity to contribute to current and future students.

How did your CCLS experience contribute to your career?

CCLS has played a large role in my career and in my personal life. On numerous occasions, I have called upon the CCLS community when in need of attorneys in other countries or other practice areas to assist my clients or provide resources for research. The former CCLS LLM co-director I mentioned became a mentor and close friend. That relationship enabled me to co-author numerous articles with her (and to expand that research to author my own articles) in peer-reviewed publications around the world. She has also been an important advisor in my career. Furthermore, in every job interview I have had since graduation, my time at Queen Mary has been a major topic of conversation - I have no doubt that CCLS has played an important role in securing various positions.

On a personal note, I developed close friendships with many of my fellow students during my time at CCLS. I have stayed in touch with them since graduation. These relationships have been invaluable to me personally due to the fact that I have spent much of my career either traveling or living in different countries (I am currently living in my sixth country outside the US in the last decade). In many instances, I have called upon those friends and fellow alumni for everything from assistance finding an apartment (or letting agent) and settling into a new city/country to restaurant recommendations and, of course, meet ups when traveling. Such connections have made my personal life, and career, much better.

Why do you think prospective students should study at CCLS?

There are so many reasons, many of which I've touched upon already. CCLS provides students with a quality education from experts and staff who truly want to see their students succeed. Additionally, CCLS offers amazing professional opportunities for students (seminars, guest lectures, educational trips, study abroad, etc.) to become exposed to and network with practitioners, experts and other students from around the world.

What is your current role and company?

President & General Counsel, 360 Business Law America. My organization is the US and Americas division of 360 Law Group, Ltd. a UK-based law firm that has been simultaneously disrupting and improving the legal profession. Our UK entity was named in the 2020 edition of the Times' Top 200 Law Firms.