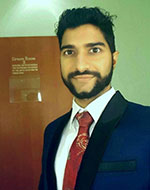 Amidst the massive human losses suffered due to Covid-19 there were also some unscrupulous people trying to cash-in on the fear. One such incident was that of several fake vaccination drives conducted in Mumbai, India. Due to the failure of the state government to prevent fake or unauthorised vaccination camps, about 2500 individuals were administered fake vaccines and the organisers charged their victims fees for the shots, earning up to $28,000 in total. However, no action was taken to find the perpetrators or provide relief to those affected by the scam until this was brought to light before the Hon’ble Bombay High Court.

Siddharth’s Public Interest Litigation (PIL (L) NO. 11264 OF 2021) with the Mumbai high court took necessary actions to nab these unscrupulous people in order to avoid any such occurrences in the future.

On hearing the PIL the Hon’ble Bombay High Court directed the officials to probe into the matter and take necessary actions against the culprits. It was during the course of the hearing for the PIL that it was discovered that the perpetrators were using a hospital which was producing the fake certificates, vials and syringes. Fourteen people were arrested on suspicion of cheating, attempts at culpable homicide, criminal conspiracy, and other charges.

The Municipal Corporation of Greater Mumbai proposed that a course of action (including re-vaccination, where citizens were willing) was also being looked into and overseen with the Central Government.

The court further asked the state and the BMC to inform them about the procedures that could be adopted by the housing societies to prevent such fake inoculation camps and said they should invoke the provisions of the Disaster Management Act and Epidemic Disease Act against the culprits.

This was widely published in prominent national and international media.

Siddharth has also been successful in a number of challenging pro-bono cases such as:

• Obtaining a fresh Post-mortem on the body of a minor who was a victim of custodial violence.
• Obtaining compensation from one of Mumbai's biggest hospitals for a woman who had been infected with a life-threatening virus after her hospitalisation.
• Filing a PIL for Medical Doctors who were active during Covid to get the same benefits as war veterans and those who succumbed to be treated as martyrs.
• He is also actively involved in Animal Welfare and runs animal adoption campaigns for abandoned animals in the city of Mumbai and has been instrumental in finding them "Fur-ever Homes"

These initiatives have been carried out with no personal interest involved but purely for the benefit of society. He has set an example of how young lawyers can use their skillset, not merely as a means of a livelihood but also to bring about a positive change within the Indian system, which will benefit society and the world at large.