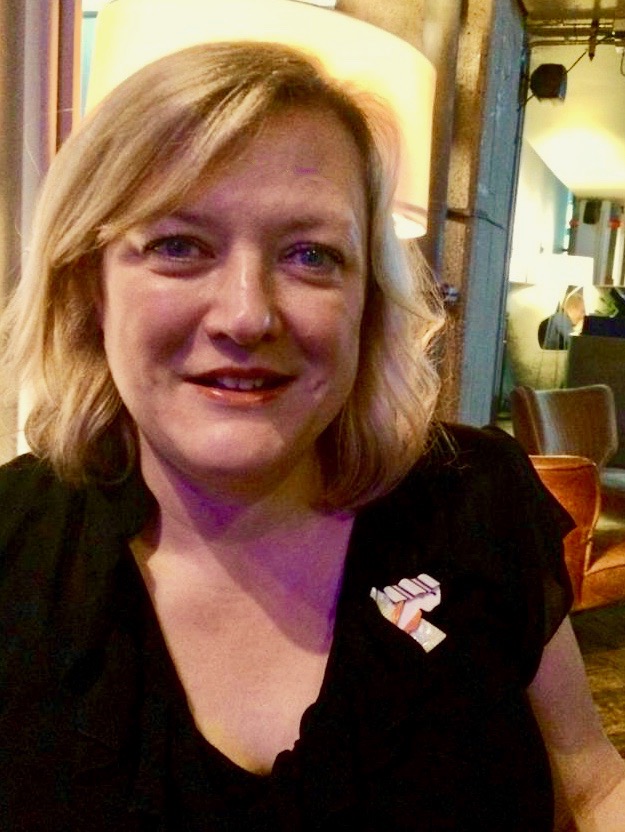 I have written a monograph on Iris Murdoch's philosophy and contemporary cinema for Edinburgh University Press. I am on the editorial board of The Iris Murdoch Review and guest-edited a special issue on Iris Murdoch and Visual Culture.

I have published widely on the relationship between the work of Luce Irigaray and cinema, and this forms an ongoing part of my research and teaching. I am also interested in the work of Virginia Woolf and film, and have published a piece in The Conversation on this: https://theconversation.com/virginia-woolf-on-the-magic-of-going-to-the-cinema-157939

I also research, teach and publish on film stardom and celebrity. I co-edited a collection entitled Lasting Stars: Images that Fade and Personas that Endure (Palgrave Macmillan 2016). This book won the BAFTSS Award for Best Edited Collection in 2017. In this field, I have published on Marilyn Monroe, Vivien Leigh, Melanie Griffith, Tippi Hedren, and women in the films of Clint Eastwood.

I am currently writing about the ethics of care in Dreams of a Life (Carol Morley, 2011), why we should study The Last Temptation of Christ (Martin Scorsese, 1988), James Bond as a sexual plaything, and the sexuality of older female stars in British X-rated movies.

I work mainly in the fields of classical and contemporary Hollywood and British cinema. I am Director of the Living British Cinema forum, which can be followed on Facebook and Twitter @LBCinema. I am on the editorial boards of the journals Film-Philosophy, Celebrity Studies and Open Screens and am co-editor of the book series Visionaries: Thinking through Female Filmmakers (Edinburgh University Press): https://edinburghuniversitypress.com/series-visionaries-thinking-through-female-filmmakers

I welcome PhD applications in the fields of film philosophy and phenomenology, film stardom and women's cinema.

Cathy Lomax: ‘The Allure of Screen Makeup and its role in the creation of on - and off-screen female identity’, co-supervised with Professor Janet Harbord

Alice Pember: '"In Her Hips are Revolutions": The Dancing Girl in Cinema', co-supervised with Dr Libby Saxton

‘A real labour of love, as they say: James Bond as a sexual plaything in From Russia with Love’, in James Bond 60th Anniversary Collection, edited by Claire Hines, Columbia University Press 2022

‘Murdoch and Feminism’, in The Murdochian Mind, edited by Mark Hopwood and Silvia Panizza, OUP 2022

‘Lost in Translation: Liminality, Loneliness and Learning from An-other’, in The Sofia Coppola Reader, edited by Suzanne Ferris, Bloomsbury 2022

‘Mary Magdalene and Murdochian Film Phenomenology’ in Philosophy of Film without Theory, edited by Craig Fox and Britt Harrison, Palgrave 2022

‘#Marilyneveryday: the Cultural Persistence of Marilyn Monroe as a Cultural Icon’, guest editor of special issue, Film, Fashion and Consumption, 4:2-3, 2015

‘The brunette with the legs’: the significance of footwear in Marnie’, in Shoe Reels: The History and Philosophy of Footwear in Film, edited by Elizabeth Ezra and Catherine Wheatley (EUP 2021)

‘Ageing, vulnerable and unstable: My Week with Marilyn and Popular Perceptions of Vivien Leigh', Journal of British Film and Television, 14:2, 2017

‘”You ain’t ugly like me, it’s just we both got scars”: Women in the films of Clint Eastwood’, in Tough Ain’t Enough: New Perspectives on Clint Eastwood’s Films, edited by David Desser and Lester Friedman (Rutgers University Press, 2017)

‘Mia in Fish Tank: Being a Modern Girl in Modern Britain’, in Global Girlhood and International Cinema, ed. by Fiona Handyside and Kate Taylor (Palgrave Macmillan, 2015)

'Meg Gets Naked! Exposing the Female Star in Jane Campion's In the Cut', in Feminism and the Body, ed. by Catherin Kevin (Cambridge Scholars Press, 2009)

'But what if the object started to speak? Creating a Culture of Two On Screen', in Luce Irigaray, Teaching, ed. by Luce Irigaray (Continuum, 2008)

'The Woman who Watched The Man Who Cried: A Study of Female Consciousness On Screen', Consciousness, Theatre, Literature and the Arts, 8.3, December 2007

'The Camera as Speculum: Examining the Representation of Female Consciousness in Lost in Translation, Using the Thought of Luce Irigaray', in Plato's Cave to the Multiplex: Philosophy and Film, ed. by Barbara Gabriella Renzi and Stephen Rainey (Cambridge Scholars Press, 2006)

I have recently published a piece about missing the cinema in The Conversation https://theconversation.com/virginia-woolf-on-the-magic-of-going-to-the-cinema-157939

I am a member of the Philosophical Screens Team at the British Film Institute and take part in regular panel events where we look at film through a philosophical lens. Previous events have looked at Jesus Christ Superstar, Spinal Tap, and we held a study day on Ingmar Bergman.

Also at the BFI, I regularly introduce films and take part in discussions about various stars, such as Bette Davis, Joan Crawford, Carole Lombard and Barbara Stanwyck.