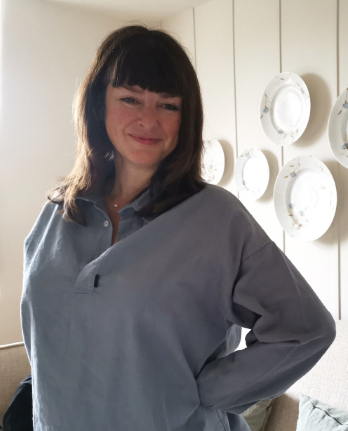 After working as a makeup artist I studied at Central Saint Martins College of Art and Design for an MA in Fine Art which I completed in 2002. My PhD supervisor at Queen Mary is Lucy Bolton and my research focuses on the role of makeup and artifice in the creation and perpetuation of the Hollywood female star image. Intersecting with this I am a practising artist and often use film imagery in my paintings, which are exhibited nationally and internationally. In 2016 I won the Contemporary British Painting Prize, and in 2014 I was an Abbey Painting Fellow at the British School at Rome. Since 2002 I have been director of Transition Gallery, a contemporary art project space in east London.

‘The Girl with the…’ in Catherine Grant and Kate Random Love (eds) Fandom as Methodology (London: Goldsmiths Press, 2019).

I am the editor of two art and culture magazines Arty and Garageland and regularly contribute articles. Recent examples include:

‘Why don’t you stop trying to make me something I’m not: creating an ideal woman in Stolen Face’ Garageland, no.23, ‘Living British Cinema’ (2020)