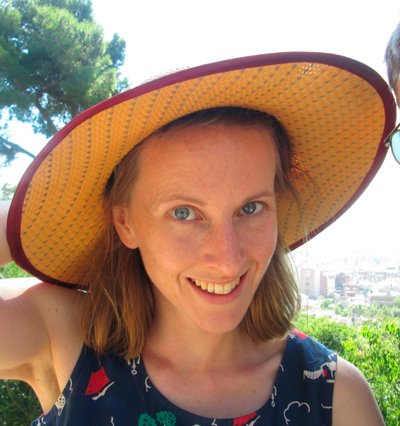 I’m from the North West of England and was educated at Catholic schools around the country, which made me aware of the social dynamics of religious identity and the importance of literature for community histories. These interests inform my research now, into textual cultures across the Atlantic world in the long eighteenth century (1660-1830) particularly histories of friendship and practices of letter-writing.  I studied at Cambridge and here in London, where I also worked in publishing, before joining Queen Mary as a lecturer in September 2012. I direct the Queen Mary Centre for Religion and Literature in English.

I work on literature and religion in the period 1660-1830, focussing on material culture and textual circulation among coteries and across the public sphere. I’m particularly interested in letters: how they enact and reflect friendship and learning, how they were used to construct communities, and how transatlantic epistolary networks operated. I also investigate periodicals, lectures, conduct books, and ethical writings in the context of eighteenth-century manuscript culture.

Friendship in the Atlantic world, among children, and as a literary phenomenon is another project that I’ve been developing. I’ve co-convened a research network and worked with a creative technologies enterprise and a school to develop new methodologies for exploring children’s experiences of friendship in a project funded by Creativeworks London called ‘Making Friends’.

My first book, The Textual Culture of English Protestant Dissent, 1720-1800 (Oxford University Press, 2015) explores the sociable, collective character of dissenters' teaching and writing in the eighteenth century. Since then I have edited three interdisciplinary collections which investigate the creative, commercial and technical aspects of making books in the long eighteenth century; religion and life cycle processes in early modern England; and a special issue of the open access journal É-Rea which establishes a new framework for understanding religious experiences in historical contexts. I’ve held Visiting Research Fellowships at Chawton House Library, the American Philosophical Society, and the Academy of Finland Centre for Excellence in the History of Experiences where I’ve worked on spiritual autobiography, manuscript memorial practices, and female friends and their letters. I’m now leading the project ‘Mapping Multifaith London’ which aims to locate, for the first time, sites of significance for religious minorities in the capital during the eighteenth century. It’s an archival-digital project using a map of London from 1746 produced by the Huguenot cartographer John Roque.

‘Friendship and the Production of Nonconformist Memorial’, in Textual Transformations: Books and their Meanings from Baxter to Coleridge ed. N.H. Keeble and Tessa Whitehouse (Oxford University Press, 2019), pp. 37-56

An edition of documents relating to teaching at dissenting academies in the 1720s including letters, a treatise, notebooks and timetables

‘"I know I write to a man of Candour": Religious Controversy and International Cross-Confessional friendship c.1700’, Journal of European Ideas (forthcoming)

I have supervised PhD projects on the poetics of mental illness in the eighteenth century, religion and the home in early modern London, and queer domesticities in Romantic-era Britain.

I am part of an interdisciplinary team that developed a new exhibition called ‘Ragged Children, Mended Lives?’ and a portfolio of schools resources for the Ragged School Museum, just down the canal from QMUL. This project won the ‘Interact’ award at the 2015 Enterprise Awards. It reassesses the experiences of children cared for by Thomas Barnardo’s organisation in the nineteenth century

I also appeared on the BBC Radio 4 Series ‘500 Years of Friendship’.

Nonconformist Women and their Literary Practices took place in May 2015. This conference, which I organised, was part of Prof. Timothy Whelan’s visit to QMUL as Distinguished Visiting Fellow. It explored the writing, lives, and personal connections among women such as Anne Steele, Mary Scott, and Jane Attwater.

Concepts and Practices of Friendship in the Long Eighteenth Century:  This network has so far included two interdisciplinary workshops with plans for future events. It’s a collaboration between QMCECS and the Warwick Eighteenth-Century Centre and also involves Tate Britain.

Co-convenor of the Writing and Religion Research Network. Regular activities include panels at the BSECS annual conference, and we held two successful colloquia in Oxford at London in 2013. I am now a member of the project’s Advisory Board.

Co-convenor of the QMUL Digital Humanities Seminar which meets monthly, and Organising Committee member of the Digital Initiatives Network at QMUL which organises an unconference and Annual Lecture.