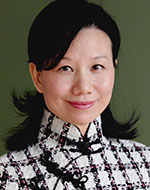 Dr Guan H. Tang is Senior Lecturer in Commercial Law in Asia and Director of Dual LLM in Commercial Law (London/Singapore) at CCLS. She was previously Senior Lecturer in Law at Northumbria University, teaching and supervising in IP and Internet law; Associate Professor of Law at Shanghai University of Finance and Economics, researching, supervising and teaching in the field of Chinese civil and commercial law, including IP, Internet Law, corporate law and contracts.

Guan's academic journey started in 1998, when she was awarded a governmental scholarship to undertake her Masters at Queen's University Belfast, where she researched information technology and the law with a focus on IPRs in China. She later resigned from her civil service role and read law with Professor Hector MacQueen; she received her PhD at the University of Edinburgh Law School.

Benefiting from her experiences in China and the UK, Guan appreciates the legislative and cultural diversity. Her research consists of a strong theme of comparative copyright, from which it has broadened to include IP in trade, together with an insight about the rule of law in China from the commercial law perspective and their relevance to the rest of the world.

Guan welcomes proposals for both academic and consultative collaboration. Her current research projects include: