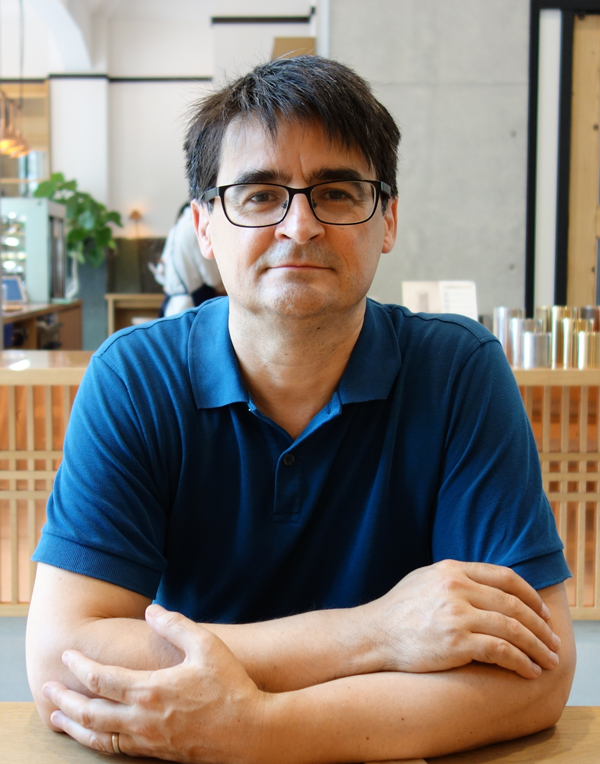 I grew up in New Zealand, in Wellington and Auckland. I attended Selwyn College, a local state secondary school in Auckland, and then studied English, History and Philosophy for my BA at the University of Auckland. For my MA degree, I continued in English at Auckland, doing my dissertation on Laurence Sterne with Jonathan Lamb. After some time working, I  went to the University of Cambridge to research and write my PhD dissertation on the sentimental novel in the mid-eighteenth century, supervised by Marilyn Butler.  Since 1992 I have taught here in the English Department at Queen Mary.

I teach literature from the ‘long eighteenth century’, that is from 1660 to the mid-nineteenth century. These are the modules I have co-designed:

As these courses suggest, I like teaching that mixes canonical works with less well-known writing from the period, developing a more richly textured approach to the literature and history of the eighteenth century.

In some years I teach a module on the MA in English Studies: Eighteenth Century Literature and Romanticism pathway called Sociability: Literature, Life and the City. This course reads a range of eighteenth century texts, from Ned Ward to the Spectator, city poetry, town georgic, satires on coffee-houses and tea-tables, to explore the interaction between literature and the new urban form of the city.

My research concerns eighteenth-century literature and culture in English.  My first book was on the eighteenth-century sentimental novel, entitled The Politics of Sensibility: Race Gender and Commerce in the Sentimental Novel (Cambridge University Press, 1996, now in paperback), which explored sensibility and political controversy in eighteenth-century Britain. My next book was The History of Gothic Fiction (Edinburgh University Press, 2000), on the idea of history in the gothic novel. My monograph entitled The Coffee-House: a Cultural History (Weidenfeld & Nicolson, 2004) focussed on the representation of the coffee-house in the period 1650-1750. The research for this book formed the basis of a four-volume facsimile edition of coffee-house texts (1657-1780) entitled Eighteenth-Century Coffee House Culture (Pickering and Chatto, 2006). I was the general editor of the History of Tea Project at Queen Mary, which produced a four-volume edition of texts on tea and its cultures entitled Tea and the Tea-Table in Eighteenth-Century England (Pickering and Chatto, 2010).  In 2015 we published a monograph, Empire of Tea (Reaktion, 2014), which was co-authored with Richard Coulton and Matthew Mauger, which has been translated into Japanese and Chinese. While writing the book we wrote a blog describing our research called QM History of Tea, which we are no longer updating. I co-edited Discourses of Slavery and Abolition with Brycchan Carey (Palgrave, 2004) and Prostitution and Eighteenth-Century Culture: Sex, Commerce and Morality with Ann Lewis (London: Pickering and Chatto, 2012). Other topics within eighteenth-century studies that I have addressed in articles and chapters include:  panoramas and 1790s spectacle in London; natural history and museums; georgic poetry and ideas of empire; travel writing and the rhetoric of wonder; the invention of the kangaroo; and slavery and sensibility. Recent publications include essays on the essay form in The Spectator; on the archive of slave narratives in the eighteenth century; on the tea-table as a social formation; and on Defoe and colonialism.

My current research is on the sociability of science and literature in the eighteenth century republic of letters, focussing on the archives of Elizabeth Montagu and Thomas Birch. In relation to Montagu’s Bluestocking circle I have published essays on ideas of authorship; Bluestocking reading cultures; and the familiar letter and correspondence management systems in the eighteenth century. In relation to Birch and the Hardwicke circle I have published essays on the newsletter and correspondence management systems and on the English Mercurie hoax; and have completed more on Birch’s contribution to Carter’s Newtonianism for the Ladies and on reading practices in the Hardwicke circle. I am a section editor for the Elizabeth Montagu Correspondence Online project, for which I am preparing an edition of Montagu’s correspondence with William Pulteney Lord Bath.

I am a co-organizer of the Queen Mary Centre for Eighteenth-Century Studies, which runs a regular seminar, reading groups and conferences.

The Politics of Sensibility: Race, Gender and Commerce in the Sentimental Novel (Cambridge: Cambridge University Press, 1996)

‘Time and the Essay: The Spectator and Diurnal Form’, in Of Essays: Montaigne to the Present, ed. by Tommy Karshan and Katie Murphy (Oxford: Oxford University Press, 2020), pp. 97-112.

‘Narratives of Resistance in the Literary Archives of Slavery’, in The Cambridge History of Black and Asian British Writing, ed Susheila Nasta and Mark Stein (Cambridge: Cambridge University Press, 2019), pp. 25-39.

‘The British way of Tea: Tea as an Object of Knowledge between Britain and China, 1690-1730’, in Curious Encounters: Voyaging, Collecting, and Making Knowledge in the Long Eighteenth Century, ed. by Adriana Craciun and Mary Terrall (Los Angeles and Toronto: UCLA Clark Memorial Library and the University of Toronto Press, 2019), pp. 19-42 [9000 words]

‘The tea-table, women, and gossip in early eighteenth-century Britain’, in A History of Sociability in Britain (1660-1832): Emergence, Evolution, Resistance, co-edited by Valérie Capdeville and Alain Kerhervé (London: Boydell and Brewer, 2018), pp. 69-87 [8500 words]

‘Poetry and Civic Urbanism in the Coffee-House Library in the Mid-eighteenth Century’, in Before the Public Library: Reading, Community, and Identity in the Atlantic World, 1650-1850, ed. by Kyle Roberts and Mark Towsey (Leiden: Brill, 2017), pp. 52-72

‘Enlightenment or Illumination: the spectre of conspiracy in gothic fictions of the 1790s’, in Charlotte Sussman and Jillian Heydt-Stevenson (eds), Recognizing the Romantic Novel: New Histories of British Literature (Liverpool: Liverpool University Press, 2008)

‘Georgic Poetry and the problem of unfree labour', in Discourses of Slavery and Abolition, ed by Brycchan Carey, Markman Ellis, and Sarah Salih (London: Palgrave, 2004)

‘Islands of empire: the West Indies in eighteenth century georgic and pastoral poetry', in Islands in History and Representation, ed by Rod Edmond and Vanessa Smith (London: Routledge, 2003), pp 120-42

‘Ignatius Sancho's Shandean sentimental letters and the politics of form', in "Genius in Bondage": Literature of the Early Black Atlantic, ed. by Vincent Carretta and Philip Gould (Lexington: University Press of Kentucky, 2001), pp 44-68

‘The coffee-women, The Spectator and the public sphere in the early-eighteenth century', in Women and the Public Sphere, ed by Elizabeth Eger and Charlotte Grant (Cambridge: Cambridge University Press, 2001), pp 27-52

‘The Coffee-house, a discursive model', in A Coffee-House Conversation on the International Art World and its Exclusion , ed by Hatice Abdullah and Geoff Cox, PDF format (London: Kahve-Society, 2002)

‘Tails of Wonder: constructions of the kangaroo in late-eighteenth-century scientific discourse’, in Science and Exploration: European exploration of the South Pacific, ed. Margarette Lincoln (London: Boydell and Brewer in association with the National Maritime Museum, 1998), pp. 163-82.

I would welcome enquiries from potential doctoral students interested in any of the areas of my research, especially women’s writing, slavery and empire in eighteenth-century literature, sociability and the city; and cultural history.

A Tea Journey: from the mountains to the table, historical advisor for the summer exhibition at Compton Verney in Warwickshire July 6-Sept 22 in 2018.

‘The spectacle of the panorama’, British Library Picturing Places, 2017.

‘Why Britain is Losing its Taste for Tea’, The Conversation, February 18 2016 [online].

I have reviewed for the TLS and Los Angeles Review of Books, and many academic journals.