Syria: A Story of Conflict

Since September 2016, Chris Phillips has been working with the Imperial War Museum (IWM) as curator for a public exhibition on the Syrian Civil War. Nominated for an Interact Award Public Engagement Award at the Engagement and Enterprise Awards 2018, and the exhibition about to move to IWM North, Chris reflects on his experience. 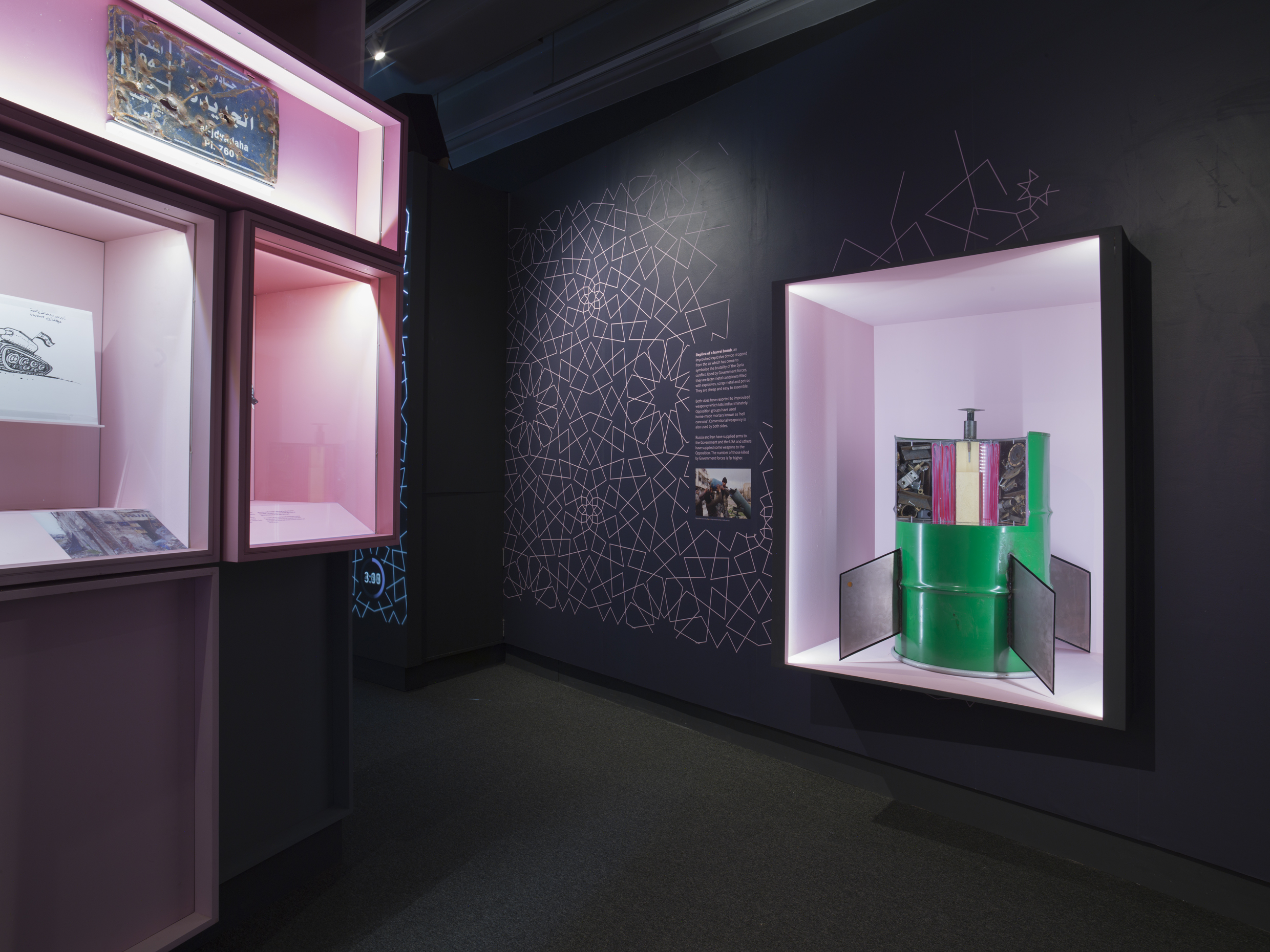 Since September 2016, Chris Phillips has been working with the Imperial War Museum (IWM) as curator for a Syria: A conflict explored, an exhibition on the Syrian Civil War. Nominated for an Public Engagement Award at the Engagement and Enterprise Awards 2018, and the exhibition about to move to WIM North, Chris reflects on his experience.

Since September 2016 I’ve been working with the Imperial War Museum (IWM) as curator for a public exhibition on the Syrian Civil War that ran from April-July 2017.

I first heard of the project following a public lecture the IWM invited me to deliver, when they asked me to join the curation team for a forthcoming project to design a brand new public exhibition on the Syrian Civil War from scratch.

In collaboration with the IWM team we utilised research from my recent book ‘The Battle For Syria’, and other sources to design an innovative and engaging exhibition that uses film footage and objects from the Syria conflict to help new audiences engage with this complex conflict.

This is the first time i have curated a museum exhibition, or designed anything like this, so I learned a great deal. Primarily, I learned quickly the need to be brief but informative for a different kind of audience than that in academia.

Though I have worked with policy makers and students before, the museum-attending general public are a different audience and I had to adapt much of my thinking and content to suit this new group. I also learned a great deal about how to build a public exhibition from scratch.

Working closely with the team at IWM for several months I’ve been able to see the type of work and amount of effort that goes into the designing of an innovative and engaging exhibition, building up from a basic storyboard to a complex display utilising a range of AV, interactive and technological innovations.

The exhibition is carefully designed to appeal to a range of public audiences from young people new to the subject matter, to experts familiar with the war. We greatly hope that they will be inspired and interested in learning more about the Syria conflict and its diverse causes and outcomes.

As far as we are aware, this is the first public museum exhibition about the Syrian civil war in the UK. There have been journalistic displays of photographs and cultural products, but something such as this that is aimed to educate the general public about the origins and outcomes of the war is unique. We believe that this is the first major attempt to help educate the museum-going public about the complexities of the conflict.