East London Speaks : East London Listens was an event run by Amy Corcoran, a PhD student in the Law School, and funded by the ESRC as part of their Festival of Social Science. The festival aimed to bring social science research out of the academy and to new audiences. Amy used sound as a way of collecting and disseminating social science information to the public in a manner more accessible than academic reports, articles or conferences. 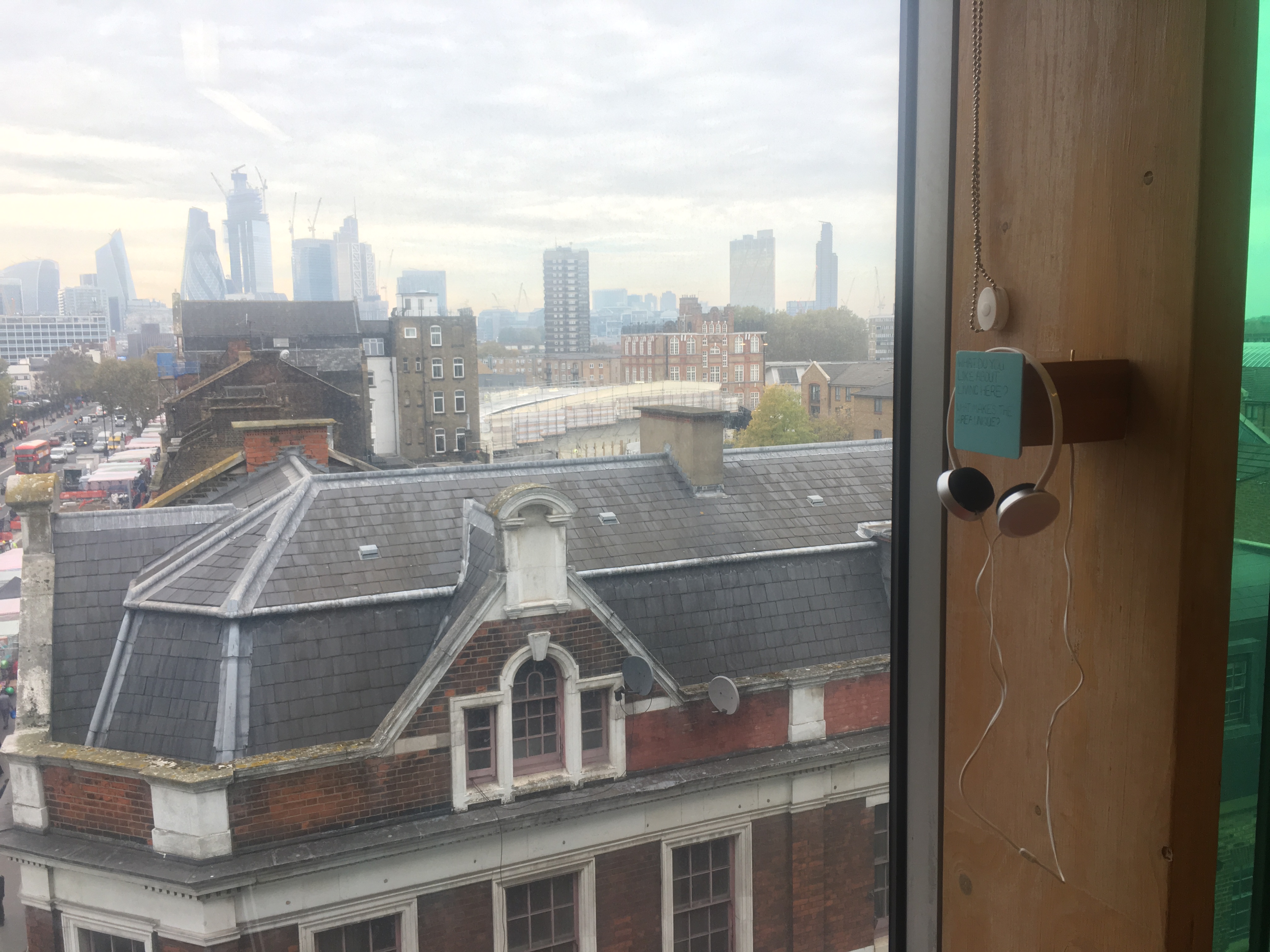 On 3rd November, Amy collected audio interviews from East London residents at the Whitechapel Idea Store, a community library and hub. The five questions focused on issues of local identity, the changing nature of East London, and the residents’ hopes and concerns for the future of the area. Their responses were collated and transmitted around the Idea Store’s café two days later. This allowed other local residents the opportunity to listen to the opinions of strangers and friends, all joined through their links to the local area.

Interviewees had lived in the area from between one month to almost fifty years. Regardless of this - or other differences between them - a number of common themes emerged from the interviews. Concerns over drug dealing, rising homelessness, gentrification, housing costs, litter, and knife crime were on the minds of many of the interviewees. Despite this, almost all the interviewees loved living in the area as they valued its diversity and vibrancy highly. There was a real sense of pride in the area’s multiculturalism and rich history that came through in many of the interviews, though concerns over the future were prominent as well.

Brought together, the recordings demonstrate the concerns at the heart of this community. The recordings also give a sense of the collective identity, aspirations and concerns of a busy, multicultural area of London. Understanding the views of our neighbours, understanding our common goals and anxieties, can counter the isolation big cities often cause and can encourage further collaboration and community action.

Amy’s PhD research investigates the use of public art interventions in European migrant-solidarity movements. As such, it looks to the role of creative actions in discussions on socio-political issues. East London Speaks : East London Listens demonstrated local residents’ interest in conveying their perspectives on issues that affect them. Using a creative method of collection and dissemination kept the process accessible for many.

Amy is really grateful to the residents for giving up their time to speak so eloquently and insightfully about the area they live in and (most of the time) love. She’s also grateful to the Idea Store, the ESRC, and QMUL for the support they gave in order to make the event a success.

Amy is currently investigating the opportunity to display the listening stations at further events, and any confirmed events will be noted here.

Question 1 How long have you lived here

Question 3 What do you not like about living here

Question 4 What are your worries for the future

Question 5 What are your hopes for the future

Sign up to the CPE newsletter to stay updated with latest opportunities.