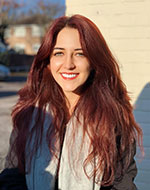 A legal duty of care is imposed on owners of all companion animals through the Animal Welfare Act (2006), as well as the Welfare of Animals Act (Northern Ireland) (2011), which states that there is a need to protect an animal from ‘pain, suffering, injury and disease’. However, it has been argued that there is a potential conflict with the degree of protection in current breeding practices, specifically in regard to animals bred to conform to extreme morphological characteristics in order to comply with breed standards. Over-typed dogs are deliberately bred for particularly extreme expressions of desired traits, which directly cause, or lead to a predisposition to, a variety of diseases which negatively impact their health and welfare. Breed-related disorders have been well-documented in dogs for over a century and there are many concerns regarding the welfare of pedigree dogs.

Through qualitative research with various stakeholders in this particular field and assessment of legislation, this thesis aims to determine optimal methods to reduce breed-related welfare challenges of pedigree dogs, and how these methods can be implemented and enforced. This thesis aims to address its primary research question by reference to a particular companion animal: the dog (although it is possible that some of the findings will be generalizable to other companion animals).

After completing an LLB at the University of Bristol in 2016, I completed a MSc in International Animal Welfare, Ethics and Law at the University of Edinburgh. Whilst working at the first wild animal sanctuary and rehabilitation centre in the Middle East, I gained on-ground experience of working with wild animals rescued from around the region, including those rescued from war zones and undercover investigations resulting in seizures of wild animals. However, my real interest and genuine passion concerns companion animal welfare. I started my PhD at Queen Mary in September 2020.