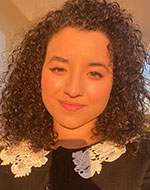 ‘Nationality and Statelessness in International Law: a De-colonial Perspective on Syrian asylum-seekers in the UK and France'

This thesis examines how the refugee law regime can accommodate asylum claims related to nationality. “What is your nationality?" is the first question asked to asylum-seekers when they lodge an application for refugee status. All other elements of the refugee definition have no traction if nationality is not first identified – or found to be inexistent. This process is not as straightforward as it appears, as many Syrian asylum-seekers cannot prove their nationality because their identity documentations have been lost, stolen or destroyed. This challenge stems from the fact that nationality is not a physical or biological attribute, but a legal fact. Stateless Syrians include Palestinian refugees and Kurds who have been living in Syria for decades, but are excluded from nationality rights in Syrian law. Yet, this topical subject has been largely neglected by the academic literature. This PhD fills this research gap by examining case-law of British, French, and international jurisdictions, along with textual analysis of international treaties, domestic legislation, relevant UN documents, and national guidelines. The findings are examined through a de-colonial and intersectional theoretical framework.

Malak holds a Bachelor degree in Law from the University Pantheon-Assas (Paris, France), an LLM in Human rights law from the Queen Mary University of London and an MSc in Global Migration from University College London (UCL). Prior to her doctrinal research, Malak worked for several NGOs and international organizations, including for the United Nations in Vienna, Doctors Without Borders in Brussels, and the AIRE Centre in London.

Malak started her thesis in September 2019 and was awarded the Queen Mary University of London Research Studentship. She is the co-founder of the PhD research group on forced migration studies. Her research interests include asylum and refugee law, human rights law, nationality rights, and statelessness.