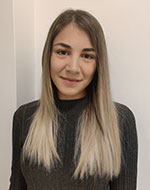 As one of the novelties in the new EU Pact on Migration and Asylum, the European Commission refers to the obligation of the frontline EU member states to implement border procedures at the EU borders, including a mandatory pre-screening of persons arriving irregularly, in order to refuse legal entry to non-nationals and facilitate returns. During this pre-entry phase, the Commission proposal conceives of these persons as not lawfully present on territory. The ‘non-entry’ fiction, applicable on border procedures, means that third country nationals do not have the right to remain in the territory they have entered while their application for asylum is examined. This is important, as the rights of those, whose entry in the territory is acknowledged, are more protected than those of the persons whose presence is not legally authorised and recognised.

It has to be made clear that this fiction cannot effectively relieve Member States from their obligations under the human rights instruments or the EU Charter of Fundamental Rights as concerns the treatment of third country nationals within their jurisdiction. As soon as they cross the border, asylum seekers are under the territorial jurisdiction of the EU Member State that conducts the border procedure. It does not really matter under international law how the national legal system defines ‘entry’.

Thus, the proposed research aims to build on the existing literature on applicable human rights at the screening and border procedures, and extend this research to identify, systematize and analyse how specific fundamental rights owed from the member states to protection seekers are protected in border procedures, and if the fundamental rights framework actually fits in these procedures.

Vasiliki Apatzidou is a PhD candidate at Queen Mary University of London in the field of Immigration and Asylum Law. She also holds the GTA Studenthsip award. Vasiliki has graduated from the Aristotle University of Thessaloniki (Bachelor in Law). She has pursued her LLM in International and European Law at the Aristotle University of Thessaloniki and KU Leuven in Belgium. Her thesis focused on the Alternatives to Immigration Detention. Her second Master’s was the Erasmus Mundus Joint Master Degree Programme on International Humanitarian Action with a specialisation in forced migration and human security which took place at the University of Groningen in the Netherlands and the University of Malta. She is an experienced legal advisor and field practicioner as she has worked for more than three years with the International Organisation for Migration and EASO in Greece.