Has the US Supreme Court taken a liberal turn? Don’t count on it 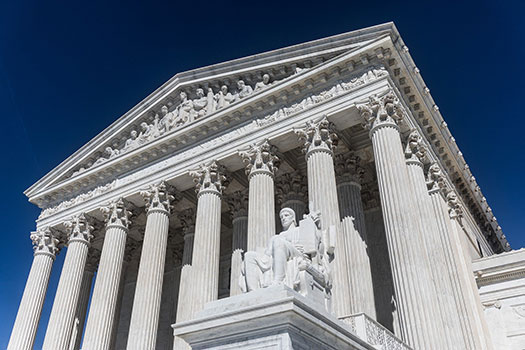 Professor Sionaidh Douglas-Scott, Anniversary Chair in Law at Queen Mary University of London, has written an article for Prospect Magazine, outlining why the recent landmark cases are being too eagerly hailed as progressive victories. 'In recent months,' she writes, 'despite its majority conservative make up, the court has delivered apparently progressive decisions in the fields of abortion and LGBTQ rights, and a high-profile rejection of Trump’s claim to absolute immunity from criminal proceedings.' She goes on to say, 'other decisions, such as those on religion and voting rights, are more typical, and belie any liberal drift in the court, and even those decisions that appeared more expansive and liberal were very narrowly focused.'

Read the full article on the Prospect Magazine website.