In a new study, published in Nature Communications, researchers from Queen Mary University of London have performed the largest multi-ancestry genetic analysis to date (>250,000 individuals), for markers derived from the electrocardiogram (ECG) that capture cardiac electrical activity in the heart ventricles. 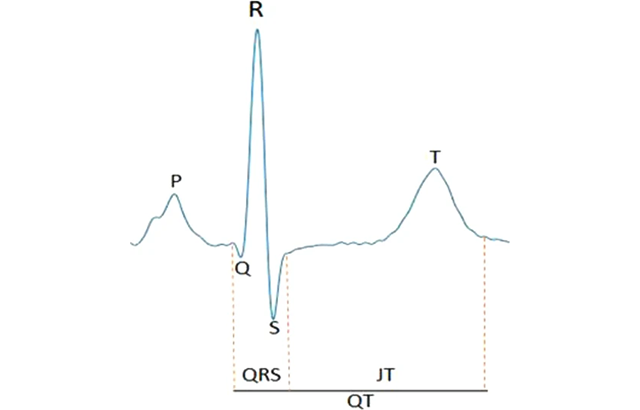 On the surface ECG, QRS duration and the JT interval approximate the time periods for ventricular depolarization and repolarization, respectively. The entire segment from onset of the Q wave to end of the T wave is the QT interval.

For the “QT interval”, which reflects the time for ventricular depolarization and repolarization, the team discovered 115 new genetic loci, and by combining all lead variants for this trait, they can now explain ~50% of its heritability.

Results confirmed previously reported pathways and highlighted the role of insulin-receptor signaling and heart energy metabolism in regulating ventricular repolarization. Several candidate genes were identified that could be prioritised as targets in drug development. The team have also constructed new genetic risk scores for each ECG trait, that have transferability for testing with inherited cardiovascular diseases.

Dr William Young, NIHR Academic Clinical Lecturer at Queen Mary University of London who received funding from the Medical Research Council to complete this work said: “We found genetically predicted prolongation of the QT interval was associated with a reduced risk for atrial fibrillation and conduction disease. This is an interesting and unexpected finding which could reflect the proportion of genetic risk explained by the variants used in the study.

“Prolongation of the studied ECG measures (and shortening for the QT interval) is associated with an increased risk for dangerous ventricular arrhythmia and sudden cardiac death; as seen in Mendelian conditions such as Long QT syndrome and acquired forms (e.g. due to medication). By improving our understanding of the underlying genetic basis and relevant biological pathways, we have identified potential avenues to modify cardiovascular risk. Also, the development of pharmaceutical drugs for the prevention and treatment of arrhythmia has stagnated in recent years, and our findings provide genetic support for new therapeutic targets.

“Our study will be a valuable resource to further investigate the role of genetics in cardiovascular risk prediction and for the development of novel therapeutics in the pharmaceutical industry.”