Autism Through Cinema: Body Language and the Illegible Body

Over the course of the twentieth century, cinema helped establish the codification of body language as either healthy and easily understood, or pathological and unintelligible. This binary was produced through the craft and detail of filmmaking. A focus on select gestures, the relative positioning of actors’ bodies, the duration of shots registering emotional import and other techniques came over time to constitute a normative film language. As a consequence, those with autism (along with other modalities categorized as non-typical) were occluded by cinema, and, when recorded in medical film and documentary, identified as deficient and lacking in communicative capacity.

Autism through Cinema promotes an understanding of autism as a condition with benefits, seeking to deepen knowledge of neurodiverse experience through the optic of body language, its historical crafting in medical and commercial film, and its recreation in film form. The historical dimension of the project turns to medical archives to trace the co-evolution of autism with a discourse of bodily dysfunction that isolated tics and spasms as problems of motor co-ordination in need of diagnosis and cure. Having established the antecedents of autism’s exclusion from mainstream film, the second dimension explores the potential for film practice to operate as a research tool to expose underlying assumptions about the intelligibility of bodies, and to provide for a collaborative practice of reworking film language from an autistic way of being in the world. It aims to create a new community of practice defined by shared motivation and interest in autism as an alternative mode of communicating and experiencing the world, involving young adults with autism, academics in the disciplines of visual culture and psychology, carer groups, medical educators and cultural practitioners. 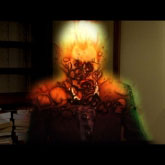