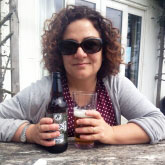 Athena is an award-winning filmmaker; her past work includes Return to Chiapas (52 mins. Award-winning doc – RIFF 2005) Backroads (17 mins., fiction); Fly Away (8 mins., fiction 16mm) a film made following a young people's writer's workshop; Roxanne (10 mins., fiction); Take a Walk With Me (20 mins., doc, part of the Tower Hamlets 2012 initiative) an inter-generational project with a group of Stepney elders and the Osmani Centre, in which participants remembered the lost picture houses of the East End; Remembering Lindsay Anderson (53 mins., doc) a collaboration with Charles Drazin; Insanity, Death and Madness (50 mins., doc, a Heritage Lottery Funded project) a collaboration with Eastside Community Heritage including use of their archive of interviews from staff, patients and visitors to St Clements Hospital. The majority of Athena's work centre around the theme of memory. As founder and Director of Mile End films (2010-2014), an Queen Mary in-house production facility, Athena has produced numerous projects, including films for UK Sport, No.10 Downing Street, QMUL and Tower Hamlets, to name but a few. Athena was recently selected by the Filmonics Programme with her project "Bread", a feature-length comedy set in the Greek Cypriot Community of North London. In addition she is also developing a three-part drama inspired by true events of the Armenian Genocide, titled "Anatolyan Sky". In addition to developing high-end drama, Athena is a strong advocate of grassroots and participatory film, using both documentary and narrative film technique to explore engagement through film. Prior to becoming a filmmaker Athena worked as Dramaturg with the David Glass Ensemble, where she was involved with the company's touring shows and worked on their children's participatory theatre, The Lost Child Project, in developing countries.

Links to some of my work

http://www.cabinetsecretaries.com/ A series of interviews with Permanent Secretaries at No.10 Downing Street

https://vimeo.com/52242557 Take A Walk With Me, a collaboration with Gill Tofell