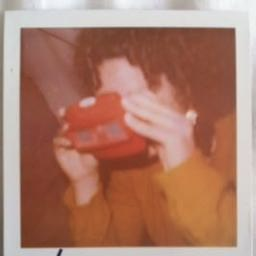 My work as a filmmaker, researcher, and film programmer has focussed on themes that broadly fit under film, anthropology, and political sciences, with a focus on documentary, interactive storytelling, forced migration, representation, film & ethics, language, disability, activism and human rights.

I have over 15 years film experience and my film work has been award-winning, BAFTA-nominated and screened at numerous international festivals including Sundance & Edinburgh Film Festival, and I made films for broadcast for the BBC and Al Jazeera. My films have been on subjects from Edinburgh bakeries (Breadmakers, 2008), technology and activism (Steal from the Capitalists, 2015) and poetry (Waiting for Spring, 2012; Found in Translation, 2016). I have made several feature length films in Syria or on Syrian subjects including A Tale of Two Syrias (2012), Queens of Syria (2014), and Ayouni (2022).

I am currently a Fellow of the Institute for Humanities and Social science (IHSS) at QMUL.

I am Co-Investigator, as a practiced based researcher, on a large multi country research project titled Protracted Displacement Economies (hyperlink: https://www.displacementeconomies.org/) whose long-term goal is to help realise the vast economic potential of displacement-affected communities around the world. I am also developing my first interactive documentary The Pathogen of War.

I have held artist residences at the Mothlight Micro Cinema, Detroit, and at the British School at Rome, Italy and have programmed film festivals including Reel Iraq, Reel Afghanistan, the strand Global Racialisations at the RAI Film Festival.I have taught different aspects of film, both theory and practice, in various settings around the world including with: Syria Mobile Film Festival, British Council, Scottish Documentary Institute, Bidayyat for Audiovisual Arts, TPD Hanoi, Malta City of Culture amongst others.