Professor of Drama and Performance | Director of People’s Palace Projects

I am Professor of Drama and Performance and Director of People’s Palace Projects (PPP), a Research Centre in the School of English and Drama which is also a National Portfolio Organisation of Arts Council England.  I studied both Drama and English at the University of Manchester and taught at Manchester and Swansea before joining Queen Mary in 1997 to found the Drama Department.  Since 1991, I have been creating practice-based arts research projects between the UK and Brazil with a focus on public security, human rights, social justice and indigenous cultural exchange.

My time is primarily dedicated to my various international research projects.  I and other members of the People’s Palace Projects team contribute sessions from time to time on taught modules at QMUL ranging from Shakespeare to Cultural Industries. 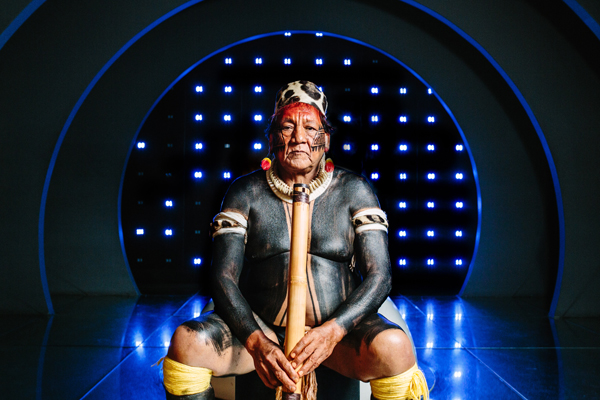 My research is produced by People’s Palace Projects, which has a website www.peoplespalace.org.uk where you will find details about practice-based projects on building mental health resilience and wellbeing in Argentina, Brazil, Colombia, India, Pakistan, Peru and the East End of London. You will also discover how we are collaborating with indigenous researchers in Brazil to develop our understanding about how we can learn to live together in the future in the face of the climate crisis, environmental degradation and other catastrophes. There are details too about a series of research collaborations with arts organisations in London, Manchester, Rio de Janeiro and across Brazil about taking action together to measure cultural value in vulnerable territories.

You can read the story of the collaboration between People’s Palace Projects and the Kuikuro community of the Xingu and access short videos here: https://peoplespalaceprojects.org.uk/en/ologiko-xingu-encounter/ Research in Arts and Wellbeing/Arts and Mental Health:

Research into Violence against Women and Girls:

My submissions to the Research Excellence Framework 2014:

To create arts-based initiatives with a focus on climate change and environmental deprivation through the content, structure and context of live and recorded performance; to fuse traditional forms of community-based arts engagement with high-profile digital and performance arts practices; to share knowledge and thinking about climate change through creative exchanges between artists, educationalists, scientists, new technology experts and audiences.

Creation of live site-specific digital interactive installations building on knowledge and experience of young people as they seek to transform their worlds through the arts.

To create an interdisciplinary investigation into digital arts’ capacity to create active citizenship; to connect young people with policy makers in order to develop policy into practice; to combine academic expertise with contemporary arts practices; to create a framework for enquiry about the means by which young people seek to transform their worlds through the arts; to pursue the enquiry with young artists so they can articulate and disseminate their questions and understandings through a prototype for a multimedia exhibition; to seek the most effective formats and platforms for enabling young people to engage in public debates through digital installation.

Each live, interactive digital installation engages a range of policy-makers, artists and arts organisations. Increased impact comes from growing public visibility of each successive edition and development of a cumulative archive. Future actions include an installation at State Legislative Assembly in São Paulo and a public debate between legislators, policy makers, academics and young artists (March 2014; funding already secured from State Secretariat of Culture).

Second project of a six-year programme of performance/workshops/training/publications related to the social technologies of arts-based initiatives in favelas and peripheral communities in Rio de Janeiro (Brazil). Project includes: Together Apart (2009-10); Cultural Warriors (2009-12), AfroReggae Residencies at Southbank Centre and Liverpool/Everyman Theatres (2010).

To investigate transfer of knowledge from arts-based initiatives in peripheral communities in Rio de Janeiro to diverse UK contexts.

Cultural Warriors: three-year youth leadership programme created by Heritage/People’s Palace Projects in association with AfroReggae/Contact Theatre/Sage Gateshead/Playing On/Southbank Centre/Theatre Royal Stratford East. Investigation of how young artists can bring about positive change in their own communities and the lives of their peers. Documentation includes: evaluation report for Paul Hamlyn Foundation and AV archives in public domain.

To facilitate creative learning and research dialogues between artists, arts organisations, policy makers and funders, Trusts and Foundations in Brazil and the UK.

An Impact Case Study on my work, Cultural Policy and Practice Exchange between Britain and Brazil, was also submitted to the REF 2014.

My submissions to the Research Assessment Exercise 2008:

First professional productions of Shakespeare’s ANTONY AND CLEOPATRA and MEASURE FOR MEASURE in Brazil. Directed by Paul Heritage with cast of leading actors from television and film. Three-month schedule of weekly performances in favelas [shanty-towns] and at a major theatrical venue. Opening night performance launched Parada Geral: Twelve-month programme of cultural activities on frontline of violence 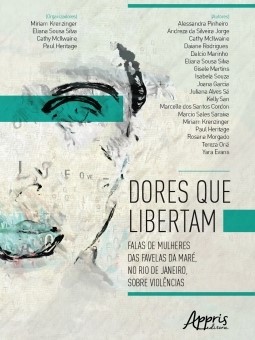 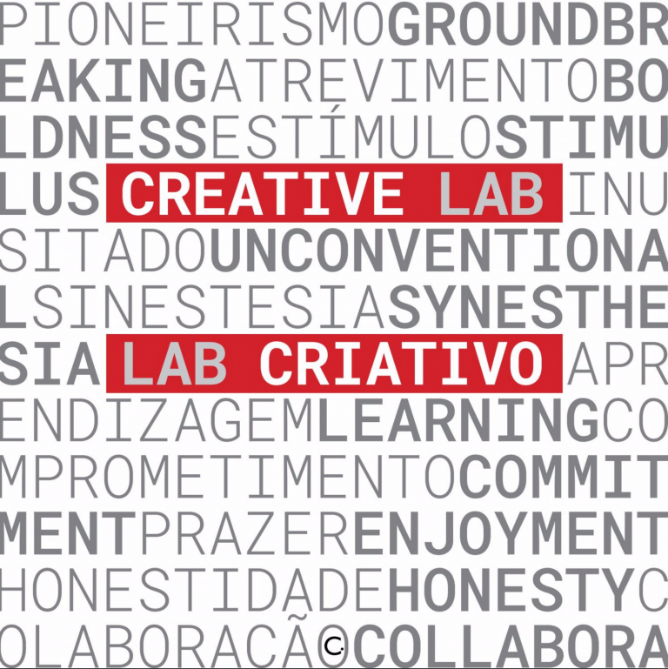 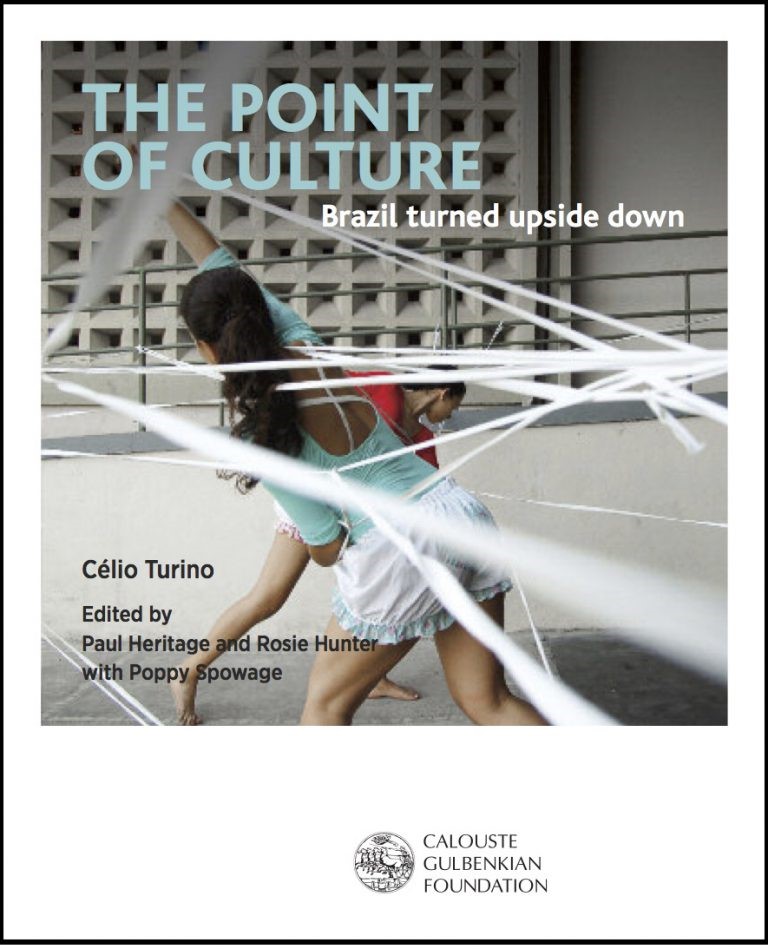 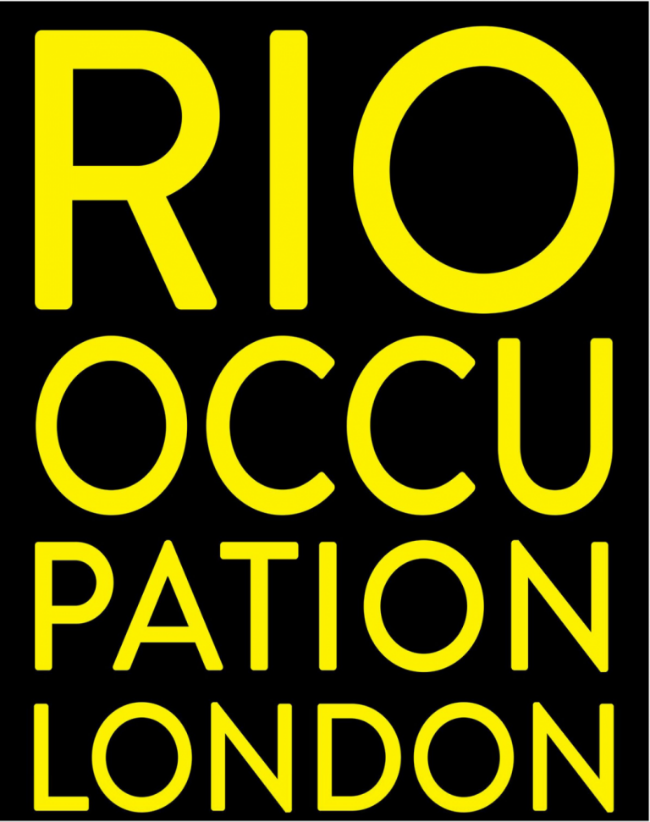 Heritage, P. (2007). Foreword: Raising the Stakes. In: R. Ings, From the favela to our manor: Translating AfroReggae: the impact and implications of an international intervention in arts work with young people at risk. London: People's Palace Projects, pp. 4-6. ISBN 978-0-9551179-3-0

I would welcome enquiries from prospective doctoral students interested in any aspect of my work. 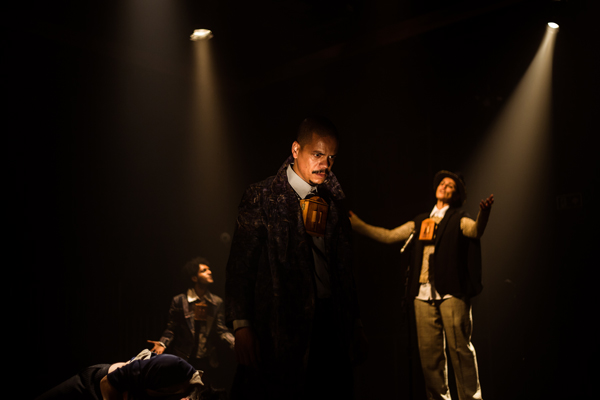 From 1995-2016, I directed Shakespeare Forum, a bi-annual programme which brought theatre directors, designers, actors, composers, playwrights and scholars to Brazil from the UK, India, Malaysia, Singapore, South Africa and beyond to work with Brazilian artists, academics and audiences.

The Amazonia project I directed with the Young Vic in 2008 engaged with over 5,000 participants and audience members in Brazil and with almost 50,000 people in the UK.  More detail of the activity, which included a community festival in Brazil and the UK, a main stage performance at the Young Vic, and a debate about Chico Mendes’ legacy at the RSA. https://peoplespalaceprojects.org.uk/en/projects/research-impacts-amazonia/

On behalf of the Brazilian Ministry of Culture, Arts Council England, British Council and DCMS, I created and led Points of Contact, a four-year cultural exchange programme for policy makers and artists focusing on transformative arts practices (2009-12). This project was featured as a case study of research impact on the AHRC website: https://ahrc.ukri.org/research/case-study-archives/ukbrazilcultureandarts/ 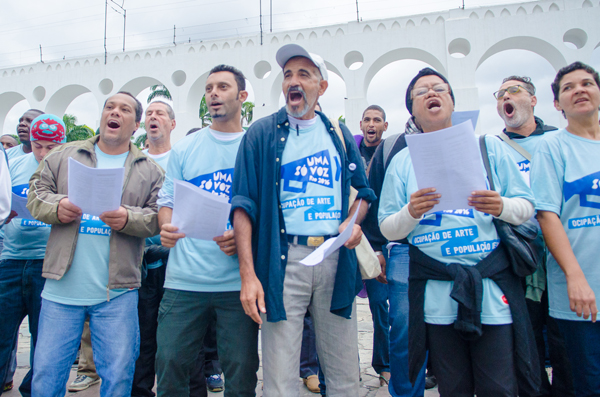 One of the legacies of my work on the UK-Brazil cultural exchange from 2012-2016 is an ongoing choir programme that People’s Palace Projects runs with people who experience homelessness in Rio de Janeiro (launched in partnership with Streetwise Opera at the Rio Olympics and Paralympics in 2016). https://www.youtube.com/watch?v=KTFe3s1VP0M

Since 2013 I have collaborated on The Agency, working with Battersea Arts Centre and Contact to transfer and apply the methodology of Rio NGO Agência de Redes para Juventude (the Agency of Youth Networks) to the UK.  The Agency is now running in three London boroughs, Manchester, Cardiff and Belfast, and National Theatre of Scotland is due to launch a programme in Autumn 2020. 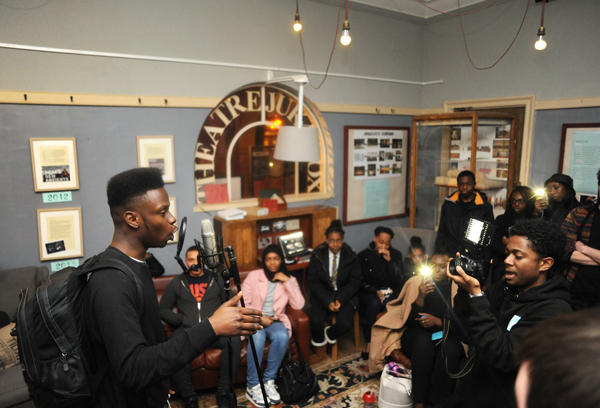 Under Brazil’s first fully democratically elected government, I was an International Adviser to the Brazilian Ministry of Culture on the Cultura Viva initiative.

I have been an Associate Producer at the Barbican and an International Associate at the Young Vic.  I advised the Calouste Gulbenkian Foundation UK on international models during their Inquiry into the Civic Role of Arts Organisations.  My consultancy work includes a large cultural value project for Itaú Cultural Foundation in Brazil, working with Leandro Valiati: programming consultancies for Southbank Centre, Shakespeare’s Globe and the Horniman Museum and Gardens; and reports for Arts Council England and the British Council in the UK.

At Queen Mary, I am an Associate of QMUL’s Global Policy Institute; an Associate Professor of QMUL’s Institute of Population Health Sciences; and a research collaborator at Network, QMUL’s Centre for the Creative and Cultural Economy.  From March 2021 I will be a research partner in QMUL’s new Youth Resilience Research Unit.

I am the Artistic Director and Chief Executive of People’s Palace Projects, a research centre in the Drama Department of QMUL.  PPP is a UK charity and full subsidiary of QMUL and is a National Portfolio Organisation of Arts Council England.

I am also a Board Director of People’s Palace Projects do Brasil, an NGO based in Rio de Janeiro which produces non-profit arts research activities in Latin America, often in partnership with PPP(UK).  Since 2015, I have curated a residency and performance space for artists and academics in Rio de Janeiro known as Casa Rio on behalf of the State Secretary for Culture and with support from QMUL.

I have had the honour to be knighted by the Brazilian government in 2004 and have had a studio theatre named after me by the prisoners and guards in the maximum-security prison in Brasília. As a theatre director, I have created projects in prisons, juvenile detention centres, on the borderlands of conflict in favelas and on Rio de Janeiro’s professional stages.  My professional theatre work in the UK includes directing plays for Gay Sweatshop (Britain’s first professional LGBTQ+ theatre company) and the Young Vic Theatre (where I was International Associate from 2007-10) as well as being Associate Producer at the Barbican Centre from 2006-9.

In summer 2004, I directed a cast of well-known professional Brazilian television actors in Shakespeare’s Antony and Cleopatra and Measure for Measure. The Amor em Tempos de Guerra (Love in Time of War) project was presented inside favelas, with the opening performance taking place on a border contested by rival drug factions, as well as in a traditional theatrical venue in the rich southern zone of Rio de Janeiro, with transport and support provided for favela-residents to attend performances. The project resulted in an eighteen-day ceasefire after 22 years of war (receiving extensive national and international press, including live TV news coverage) and the creation of a new programme called Parada Geral: a 12-month partnership between People’s Palace Projects and AfroReggae to create a new cultural strategy for conflict resolution in the favelas of Parada de Lucas and Vigário Geral.

In October 2009, I brought together seven young artists from Bad Taste Cru (UK Street Dance Champions) with seven percussionists and a choreographer from AfroReggae and directed a new performance, Together Apart, which premiered at the Juice Festival in Newcastle in November 2009. People’s Palace Projects re-worked Together Apart in May 2010, with rehearsals and presentations taking place in the favelas of Vigário Geral and Cantagalo in Rio de Janeiro, as well as within youth justice institutions male and female). Together Apart was presented at the Teatro João Caetano, one of the main state theatres in the Centre of Rio, and at the Centro Cultural Itaú in São Paulo as part of the Antídoto Festival on art in zones of conflict.

In July 2010, I co-curated a series of free workshops, seminars, screenings and performances with the South Bank Centre for Festival Brazil. These invited large numbers of the general public to engage with the ideas and diverse art forms that AfroReggae use in their cultural militancy, aimed at reducing violence and breaking down social frontiers in Brazil. A short film about the project can be seen here: https://www.youtube.com/watch?v=XoA6CUMJhaE

As part of London’s 2012 Festival and Cultural Olympiad, I produced Rio Occupation London, bringing 30 emerging artists to create a cultural occupation of London during 30 days. The project created 250 new works of art and performance and was seen by over 37,000 people.

In 2016, I co-curated a showcase of eight performance projects resulting from a research and creativity lab I had led for AHRC during 2015 in Rio de Janeiro.  CreativeLab ran from 14th to 19th May 2016, at three arts venues run by Redes da Maré in the favela complex of Maré and at Oi Futuro Flamengo in central Rio de Janeiro.  A short film about the project can be watched here: https://youtu.be/Ha0OqLRbA18  and further information and short films can be found on the PPP website and the CreativeLab website.

Since 2015, I have curated a residency and performance space for artists and academics in Rio de Janeiro known as Casa Rio on behalf of the State Secretary for Culture and with support from QMUL.